The ‘SAS Windproof Smock;’ is an excellent piece of equipment. The ‘smock’ concept does not seen to have penetrated the US military world as thoroughly as it should. There have been many times that I have wished I had my smock with me.

The SAS windproof was made of tightly woven cotton material, making it windproof.  It is used as an outer layer, and it really helps to keep the windchill out and it also keeps showers out. The smock concept is best utilized in colder weather while using a battle belt. It is really best as an ‘old school’ method using battle belt and patrol pack/ruck. You can wear a plate carrier  (PC) with it or not. In fact, we often (as in the photo below) used to wear the smock over our body armor.

Using a smock also means that you can use the front zip, and the front of the smock, as a dump pouch, so long as you are wearing a battle belt to stop the mags falling out the bottom. The four large pockets also allow you to keep gear on your person, which is great if you have to E&E. 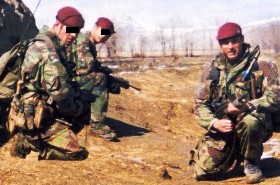 Above Windproof Smocks in Action, 2001 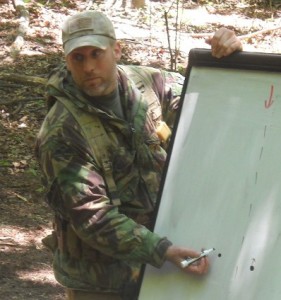 I have recently been looking to replace my trusty old smock. It is on its last legs and is starting to fall apart.

I don’t wear it over the summer, just using a BDU style jungle shirt, but now it is fall and winter I am using it as a top layer. It goes well over just a t-shirt or thermal shirt, and any additional layers of clothing you want to add. You are not supposed to add outer layers on top of the smock, like sticking fleece jackets over it. You are supposed to keep it as an outer layer and add or remove layers from underneath it.

I tried ordering from the UK, but the original issue style is no longer made so I am having trouble finding the right size (Silvermans.com). I then found ARKTIS NORTH AMERICA, based in Ohio.  I have just ordered one from them.

They do various jackets in various styles of camo. They do British DPM: which is what I want. They also do multi-cam (MTP) and other styles.

They have a improved version of the original SAS windproof, the Arktis B210 Windproof. They also do the exact same jacket in the B310, which is a waterproof version.

They also do various other similar military style jackets available in either windproof or waterproof styles.  I saw Joe and Helen this last CRCD weekend wearing the Kommando Parka. This thing is like a windproof on steroids.The B221 Kommando is only available in windproof, no waterproof version, because  it was designed under direction from the German KSK who use it, hence the name.  Joe and Helen were wearing the MTP version. It has about eight large pockets. The pockets go round the side and back, so it is like an old fashioned poachers/sniper jacket. You could go on patrol with just this jacket, and it would be ideal for E&E.

The useful thing also about these available products is that they don’t have to be bought in camo colors – they come earth toned as well, so you can lower your profile. You could carry significant equipment and magazines in the pockets on these jackets without wearing camo and without wearing a tactical rig.

(BTW, I am not getting sponsored for this post!)

Here are some photos. I ordered the B210 windproof XL in British DPM. They do sell via EBAY. 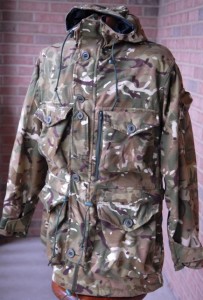 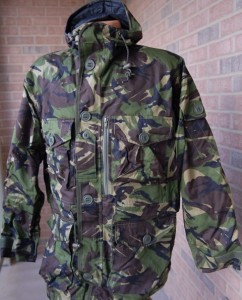 Here is the Kommand0 (EBAY Link): 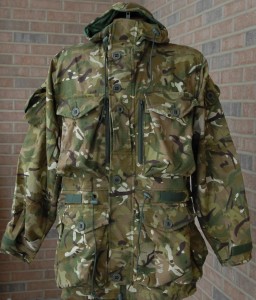