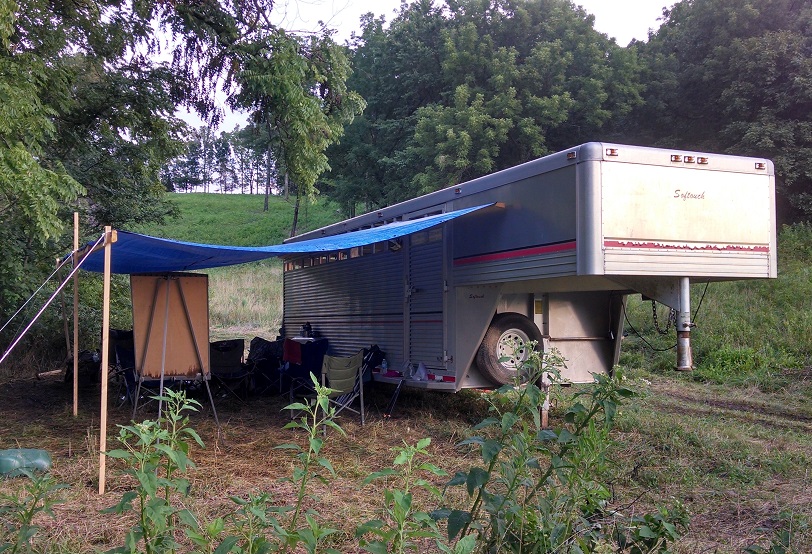 I recently completed a six day course of instruction here in Missouri conducted by Max which included Combat Team Tactics (CTT) and Combat Patrol (CP). “Nothing is ever as good or bad as first reported” was my mind set coming into this training as I had spent 32 years in the Marine Corps as a enlisted Marine, which had made me skeptical about the outstanding reports I had received from members of our group who had attended MTV in West Virginia. So when I was asked if I wanted to attend a course here in Missouri I initially said no. What could I gain? I grew up in the infantry handling a wide variety of weapons systems. I also served as the First Sergeant of an Advanced Infantry Training Company in the mid 1990s, which included the infantry squad leaders course and the infantry platoon Sergeants Course. Along the way I had deployed numerous times to 29 Palms CA. which is where the Corps conducts live fire training from the squad level all the way up to the infantry battalion . I also have three combat tours. But they talked me into it and I’m glad they did.

I would best describe this training as a shortened version of a Marine infantry squad leader course but all done under live fire conditions. This is without a doubt the best tactical training you can get in the private sector and matches many  military tactical school houses. Max is a outstanding trainer with unlimited endurance as well as attention to detail second to none. He matches up with any Marine instructors I ever had assigned to my school house. I had heard (again nothing is ever as good or bad as first reported) he was harsh in his demeanor. I observed none of that. He conducted himself in a highly professional manner treating all in our group with respect while not overlooking any violations or actions that could result in a unsafe training environment. I would best describe his corrections as tough love. 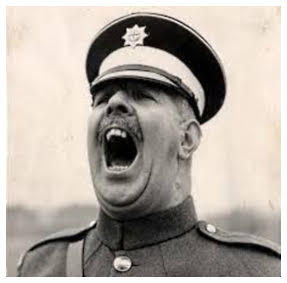 He can bring these courses to your home towns and all you have to do is provide a training area. We where lucky to have a active duty Army Command Sergeant Major who owns a 1600 acre farm give us a few hundred acres to train. Max brought all the targets required both for the square range and also the tactical live fire. His pop up targets are state of the art portable and battery operated. So they can be moved and used in a wide variety of tactical scenarios. Using these man portable pop up targets along with mannequins (filled with straw allowing for close in fire once we reached the objective) I took part in a day ambush which was as good as any I ever witnessed or took part in while on active duty. Max remotely operates these targets as he moves down range with your group. So if you can’t get to WVA and his school house then bring him to your location.

Below: Ivan Pop-Ups deployed remotely behind custom made steel shields, in this case in Texas

I would also recommend these two courses be a annual requirement for your group. You could bring him to your location year in and year out building on your annual training which could culminate in a more complex training event. I would also recommend groups alternate their locations for training, going to Max’s training house one year and then bringing him to your location the next. We plan on bringing him back in the near future to conduct CTT again so our wives can receive this training.

Finally these courses by nature of their design foster leader development within your group. We had eight take part (which included a husband and wife team) with a wide variety of experience and we did not know each other very well. But by the time the six days was complete our team had fostered a high degree of confidence in running a AR and anyone of the group could serve as the “squad leader”. Even a skeptic like myself am impressed by the discipline and team work displayed by all. Only two others besides myself had any previous military experience.

In closing this course will benefit  former and active military who may be dismissive of the training, thinking you won’t gain anything of value. For me it was what I would call “bridging the basics”. In other words, the fundamentals of marksmanship will never change, but the AR has evolved. When I left active duty the Corps still carried long rifles and the ACOG along with other tactical scopes that were just being issued. I had always carried a long rifle and utilized good old fashioned iron sights. I had never used a ACOG and I was using a new AR I had just purchased. In addition I had not run a weapon since 2004 which was my last combat tour and had not walked patrols for many years prior to that, so getting my gear out of the closet for the first time in nine years and under taking this training was essental to ensure my skills do not atrophy from lack of use. I highly recommend this training and leader development for groups with no experience or for those who want to keep the edge.

Max Adds: for those worried about the ‘hardness’ of the training, on this particular patrol class in Missouri in Late July / August, we took a decison to not do the overnight patrol base. This was due to concerns over heat and tiredness mixed with live fire. The patrol base teaching was conducted as a day rehearsal, including occupation etc. We will probably do the full patrol base on a future class with this group in colder weather. I tell you this to illustrate the flexibility, and the priority placed on learning, of these classes. We also had  35 year old nurse and mother, one  half of the married couple, who had never completed any of this type of training before, perform like a trooper alongside all the men throughout the class, includng on the flank attack through the creek!: ‘Married Couple Student Review: 6 Day Private Class, Missouri: DW & JW.’

The class was also followed up by a site defensive survey on several of the student’s properties, which is a benefit of having MVT come to you for remote classes.