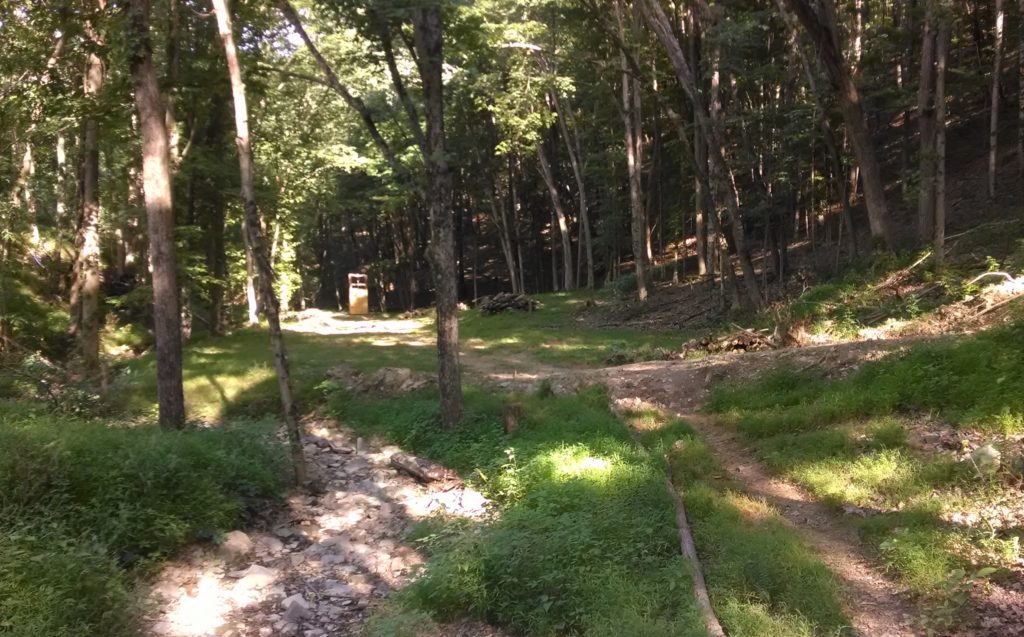 Camping has always been available at no charge at the Velocity Training Center (VTC) near Romney WV. It is basic camping and the campsite has always been a bit rough. We have recently made the following improvements:

Not shown in the photos here (behind the photographer in the photo at the top) is a set of 3 x picnic tables with fire pt that is also available for use by campers.

There is a well pump with drinkable water in the parking lot, as well as a porta-potty.

We will continue to make improvements in line with our desire to make camping a comfortable and viable option for those wishing to save money on the Koolwink Motel. In the meantime, bringing a solar shower, some camp chairs and a portable grill would make your stay very comfortable. We will wokr on a charcoal grill being available at some point.

The addition of the solar shower stall will really make a difference those who camp, because it allows you to fill a solar shower from the well and leave it heating in the parking lot during the day, before taking a private shower in the evening. It makes a lot of difference to your morale. If it is colder, but still not cold enough to prevent you wanting to take shower, you can heat some water on a stove or over the fire, and add it to the solar shower, to make it warm. That’s actually how cadre take showers out at the training site, while living in our ‘luxury’ cabin! 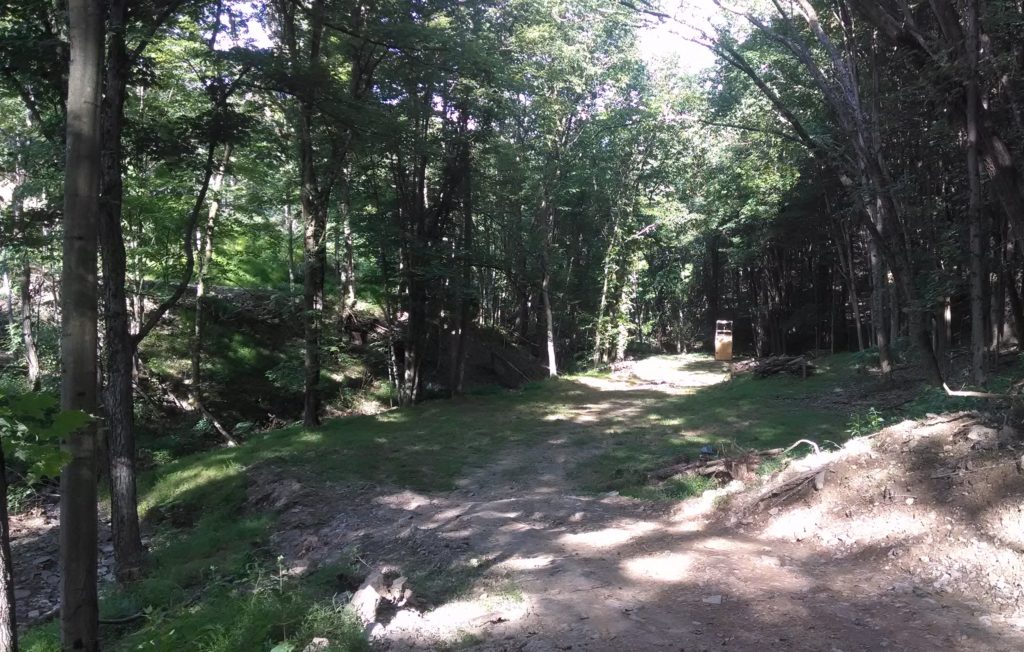 Those are 4 x 6 plywood sides in the photo below, to give you an idea of scale. The solar shower is attached to a hook and hauled up above your head, to allow you to take a standing shower beneath the nozzle. 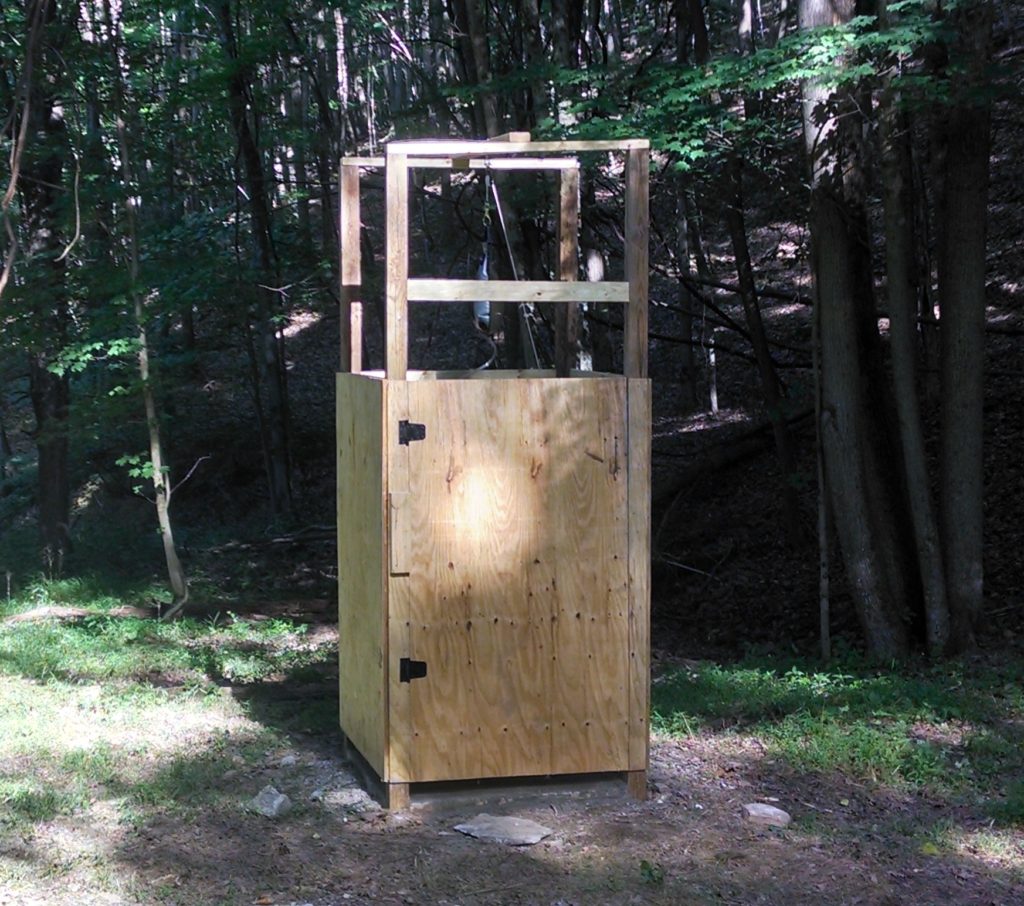 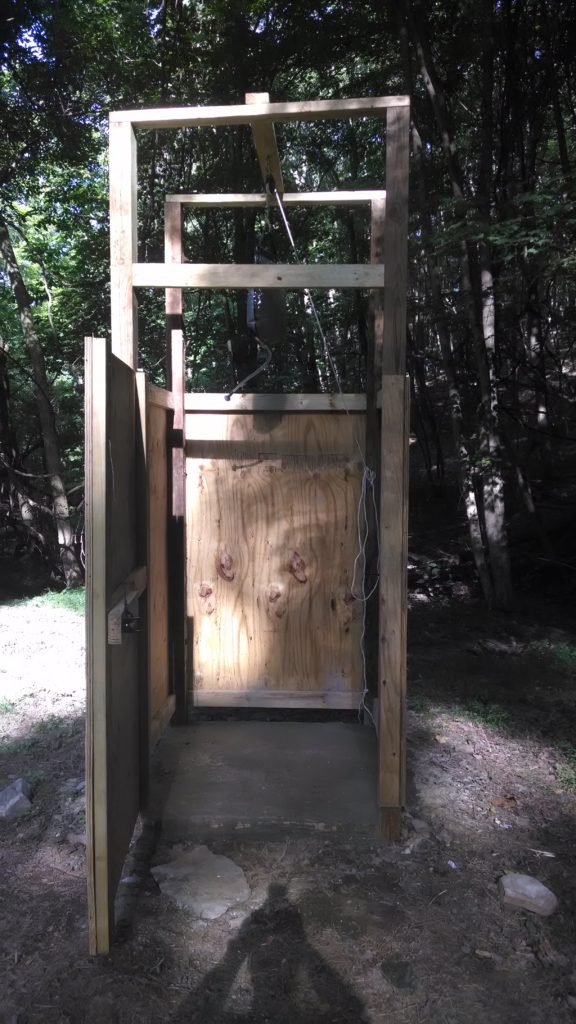 And now, in line with adding a bit of sex to marketing, one for the men: 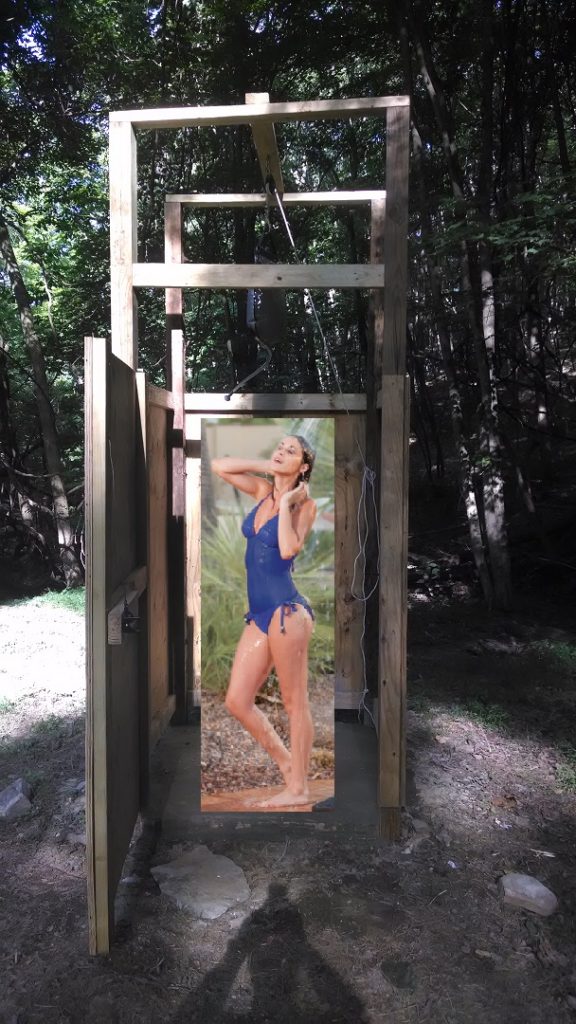 And one for the ladies, just to make it fair: 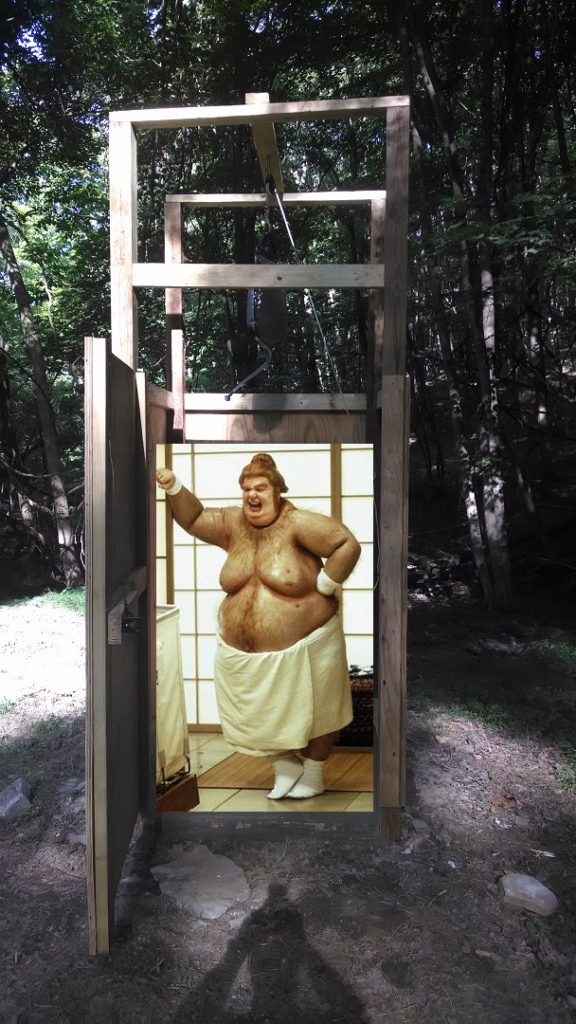 You may as well get used to it, because life may be a little like this once the power grid goes down…..