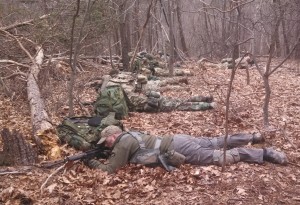 Following on from the student review on the combined CRCD / Combat Patrol Class by Wattage, I am going to let you know about some changes/updates to the Combat Patrol Class. These came about following the Cadre AAR after the class.

CRCD is a prerequisite for the Combat Patrol class. Combat Patrol can either be done as a standalone class or as part of the 6 day combined class. One follows from the other. We are now finessing the curriculum on Combat Patrol. We agreed that although the first morning is mainly theory, and many get a lot out of that, it can take on legs of its own when we end up responding to questions and talking in depth. So we are going to adjust that slightly. We know that first morning’s rest from live firing is appreciated by students on the combined class, so we will keep that morning low impact.

The outline for Combat Patrol will look like this:

Safety: in addition to the normal safety procedures at MVT, additional safety is implemented for phases of the Combat Patrol class. For the Patrol Base and Recce Patrol phases, weapons are unloaded and specially marked empty magazines are inserted. This is to 1) stop negligent discharges from happening at night in the Patrol Base and 2) the objective locations for the recce patrols are occupied by live ‘enemy.’

Specific procedures are followed when going from live phases to dry phases, and back to live again. The tactical exercise is suspended and loading/unloading is conducted under supervision. 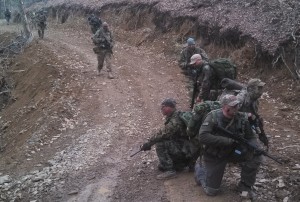