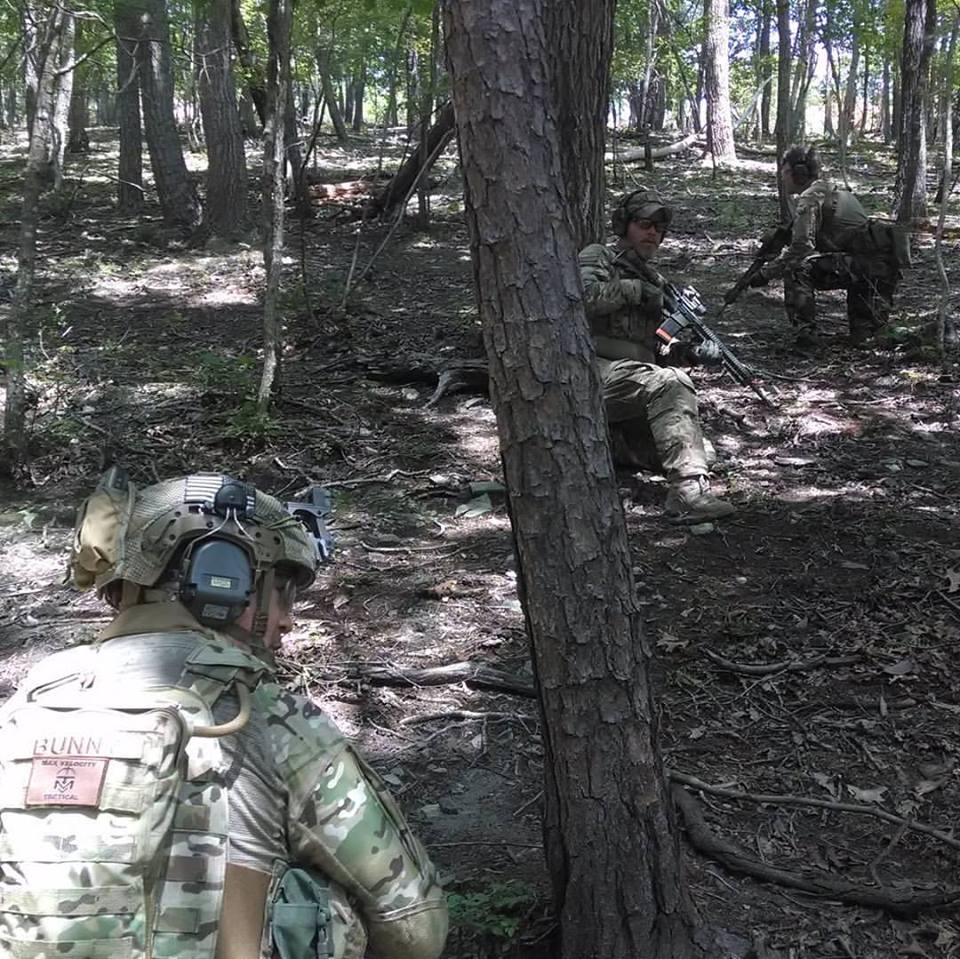 Since we started running the Combat Team Tactics Class (originally Combat Rifle / Contact Drills (CRCD)) we have included a squad hasty attack as the final event on Sunday afternoon, in an evolving format. The purpose of this was to put the taught individual and team tactics together in a culmination exercise to show how it all worked at squad level. We just ran Combat Patrol this past weekend and have made the decision to take the Squad Hasty Attack out of CTT, and keep it where it currently is as part of Attack Day on Combat Patrol / Direct Action classes.

This past weekend we ran the full 4 Day Combat Patrol version at the VTC in Romney. Other than the Texas and Idaho classes run earlier this year, this was THE ONLY Combat Patrol class run this year. After a cancellation, we had 9 students out of a possible 12. Frankly, this is madness. I know that I am often speaking of ‘YDKWYDK’ but truly you need to attend Combat Patrol in order to give the team skills you learned on Combat Team Tactics applicable context to Small Unit Tactics (SUT). I should be able to put a couple of these classes on at the VTC per year and see them full. As a class, we did wonder in discussion if it was due to perceived heat in August – but if you have been to the VTC, you will know that training takes place under the tree canopy, and is far less hot than it is out in the open. In fact, due to a nice breeze, the class was actually fairly cool, even chilly at one point.

We had a great bunch of students for this class. With a prior service army NCO, we had a squad of 9 with a squad leader, and this allowed cadre to step back and allow the squad leader to run some of the iterations after rehearsals. The great thing about spending a whole day on ambush is that we can run a number of iterations, and as competence improves, we can throw in scenarios such as casualties (as we did in Texas and Idaho this year), allowing the students to safely experience chaos and decision making under pressure.

The final ‘Attack Day’ consisted of the squad hasty attack and the raid (i.e. deliberate attack). Due to the increased competence of day 4 Combat Patrol students versus day 3 Combat Team Tactics students, the hasty attack went so much better, without cadre having to force the issue and it was run by the student squad leader. Everyone had a much higher level of competence and understanding of what we were doing. This reflects the difference between doing the hasty attack at the end of CTT simply as a demonstration of what squad tactics look like, versus doing it as an event that students now fully understood.

A point also brought out in the AAR by a student was the benefit of the progression of the various classes available on the MVT curriculum, to include Combat Team Tactics, Force on Force Team Tactics, and Combat Patrol. You simply cannot attend a single Combat Team Tactics event and ‘be done.’ You are simply getting a taste of battle inoculation and team tactics, without developing full understanding of the context and application of SUT.

Given the quality of training available at MVT, there is absolutely no reason why, with application, you cannot become a skilled practitioner of SUT. You can become a light infantryman / rifleman, practitioner of the adventure activity TacGun, at least equal to anyone who serves in the infantry. You are only limited by the weapon systems available to you (see this post on the Maneuver Support Group). In fact the facility at the VTC provides better training than is available at most military facilities, which is a prime reason why active duty SOF train at the VTC – these sort of ranges and training opportunities are simply not available at Fort Bragg. Combining a steady attendance at MVT classes, of the various flavors, tied in with training with your CUTT at home, and diligence in physical fitness and the MVT Lite Fight concept when it comes to gear, has the potential to put you at a high level of competence as a light infantryman / unconventional fighter.

If you are listening to people who are espousing that there is no need to be trained as a light infantryman, and that in collapse situation you only need to dig in and run a static defense, they have no understanding of military history or applicable tactics. Very unprofessional. As a protector you have a duty to your family to be physically fit and tactically competent. In a collapse situation you cannot simply rely on a passive defense; any key point defense strategy will include ground domination (security) patrolling. You need to understand tactical techniques such as ambush and raid, not only so they can be used to defend your location and eliminate threats, but to understand their use against you. You cannot get this knowledge from reading. The internet is full of fools who think they can read / YouTube themselves to tactical competence Do not be that guy. If you go static / passive in defense, the enemy will maneuver on you and destroy you.

The flip side to this is that you cannot simply meddle, you have to train with all seriousness to become competent and able to operate as a team.

Your best strategy for survival in a collapse is to become physically fit and tactically proficient as a light infantryman. Here at MVT, we are grounded rationalists and have begun to package tactical training as an adventure activity called TacGun. As you attempt to build your CUTT (Citizen Unconventional Tactical Team), you will have better success recruiting people for training if you involve them in TacGun as an adventure and training activity. Stay away from conversations on prepping and political goofballery at either end of the spectrum. They will think you are  a wing nut. Be a rationalist who prepares via the sport of TacGun, which has strong benefits for personal and professional development in the here and now, with clear ancillary benefits in a collapse. TacGun is the true sport of the gun, providing holistic tactical training.

We will have the TacGun Challenge coming up early in 2018. April 2018 also has the Combat leader Course (CLC) scheduled for the second time, a tactical leadership class where you will run actual missions utilizing UTM force on force simulation. Alumni for 2017 will tell you of the personal and professional benefits of attending this class.

Note: Most Tactical Training Events at MVT for the remainder of 2017 are full, perhaps with one or two spots available. We do have space on the recently scheduled TacGun Force on Force Event November 4-5. We also have space on the scheduled firearms classes, including Defensive Concealed handgun, and Combat Rifle Skills, both at the VTC and at MVT West.