On June 5-7 we have a Combat Team Tactics (CTT) Class (Friday to Sunday). We have a Combat Rifle (CR) Class also running the same weekend, June 6-7 (Saturday/Sunday). We are getting close enough that bookings are starting to come  in for that weekend.

I have a student booked onto the CTT class that weekend who is going to be in the area until Wednesday the 1oth. He has requested some training for Monday-Wednesday after the CTT class. It occurred to me that it would not only be cheaper for him if we put on an open enrollment class, but also might be an opportunity to run some useful training.

Ideas for the Monday to Wednesday:

I realize that this is not ideal timing during the week. This training could follow on after the CTT/CR class that weekend if you are attending, or simply be standalone training.

Please comment via email or in comments – clearly there are going to be many ideas on this but I want to get an idea of interest and what training people would find most useful. It is possible that, with enough students, we could run a couple of options, with Aaron running something and myself running another – but that depends if people have the time to show up on a Monday! 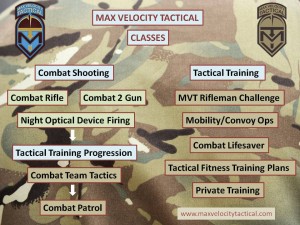