This is a re-post, in line with my intent, stated yesterday, of bringing forward older blog posts that many may have missed. Interestingly, I have recently been making video and doing a bot of live fire on my own in my backwoods. The brings it home, because when doing that, i am unable to ‘fire and move” because I have no buddy. I have been considering another video, which is forming my mind, showing individual break contact. This becomes fire – move – fire – move which breaks with the principle of fire and movement. However, given the fact that many are simply operating on their own, as the protector of their families, it is something that cannot be ignored. We all want to be in tactical teams, but how many actually are? Here is that video: 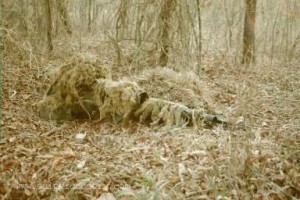 The genesis of the article is comments that I see on my blog posts and elsewhere from individuals who, to a certain extent, reject small unit tactics as a means for post-collapse survival and prefer to plan to operate as a ‘lone wolf.’ I see comments such as ‘I’ll be going hunting’ and criticism of small unit tactics on the basis of them being ‘for the military’.

Ok, so let’s take that at face value and examine some tactical considerations for such an operator. Let’s envision a post-collapse scenario where a father is protecting his family at a hidden retreat. I am going to put this in the woods/country rather than urban, just to make the article shorter and because that is where most retreats are located, but many of the considerations will apply across tactical environments.
_______________
Read the rest on the MVT Forum:  Forums › Tactics & Leadership › Patrol and Missions – Combat Patrol (CP)