This was my second Combat Team Tactics (CTT)/Mobility class and the sequel was just as good, if not better than the original.

We had a mixture of alumni and new students with a wide range of backgrounds and skill levels. Max’s instruction was accommodating and constructive (crawl, walk, run) for all. The key to this is the students’ ability to listen and comprehend.

I adjusted my PT (with even more needed) after the first class in 2015, and the positive result was being able to concentrate more on Max’s instruction. This change also enabled me to remain more cognizant of my surroundings and where my buddies were. If you are in doubt of your fitness level, I strongly suggest gauging yourself by doing the 100 Yard MVT Standard on the Tactical Fitness Training Plans page. Running and/or hiking are a great start, but that is not enough. This should not be read as discouraging, but encouraging.

Do not discount the Mobility training. It is valuable information and was especially driven (no pun intended) home when one of the drills involved having your family in the vehicles. It becomes more than just a drill at that point. The addition of casualties adds a whole new dynamic as well.

Two suggestions I would make concerning gear is to bring an AR and lose the old M-16 3 mag pouches.

If you are heavily invested in the old M-16 pouches, at least have two Taco or Esstac mag pouches on you for quick reloads. You can then replenish your quick source from your M-16 pouches.

In addition to the knowledge gained, these classes are both SAFE and FUN.

Read “Contact,” do appropriate PT, square away your gear, and sign up. (Just don’t take my spot!)

Max adds: In regards to gear, I lent a couple of the students the two new VERSA Chest Rigs that I had with me. At the end of the class, they didn’t want to give them back, and I plan to have some with me in future as loaners and for sale at class. We also have the single caliber rigs (including AK) in the pipeline. I recommend a rig such as the VERSA, as well as a light ‘battle belt’ where you can have additional mag pouches (TACO type) and other items (see video below)

In the video above, the casualty being dragged is being dragged by his VERSA rig, in respect to a question as to whether it can be used for that.

Below: VERSA Rigs at class. These were purchased before we went to the new OEM, and the new version only differs in design in that there are two rows of MOLLE now under the arms, as requested by feedback from customers. 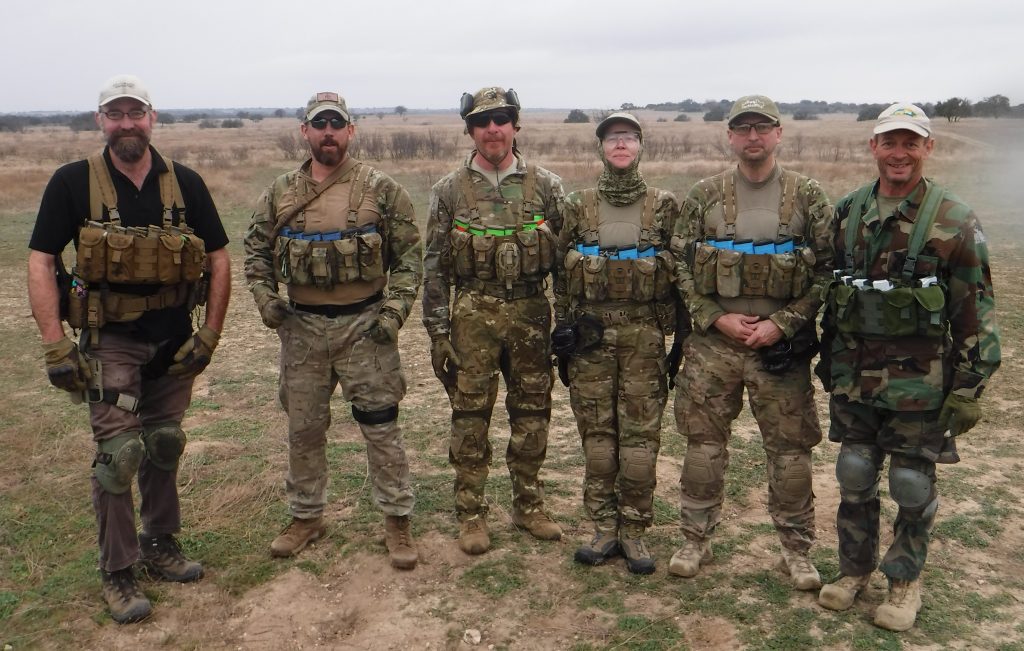