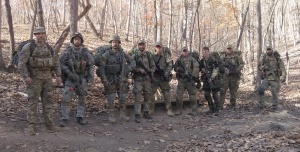 Overall impression of the course was excellent. It was completely worth my time and expense. Definitely a 9 or a 10 out of ten.

Even after the first day of CTT what we learned was worth the effort and expense of tuition and travel. I won’t go into the same detail as Dennis since he already covered so much. One of the things that struck me coming away from the class was the stress and intensity of the drills.

The ‘combat inoculation’ was real. We had to perform what we’d been taught under genuine pressure. To be on line firing and maneuvering with a buddy or an eight man squad was intense. Previously shooting at the range it would be distracting to have someone firing next to me. By the end of the class i was really used to and unfazed by the muzzle blast from my team members on either side of me (after sending 10,000 rounds downrange in our class (class total!)).

The way the class was conducted allowed me to come away with a better grasp on dealing with the noise and stress of a violent defensive situation. It truly was like trying to drink out of a fire hose. However, the scope of the skills that were presented and drilled took me from not having a clue about how i would defend those i love to having clear knowledge, techniques and procedures in which i could mount a credible defense with a team. Also, I’d read Contact prior to the class and much of it went right over my head, but now that i’ve gone through a class and i’m re-reading it it really makes sense. Just having the book and reading it isn’t enough.
You need to get out there and do it. If at all possible it would be incredibly valuable to attend with people you would be working with in whatever defensive situation you imagine yourself in. Some of the other folks in the class came with friends and family and they not only gained the skills but the experience of working with the people they will likely be applying these skills with in adverse circumstances.

During the class our safety was thoroughly looked after, Max and the other instructors did an excellent job of ensuring that students were conducting themselves in a safe manner. 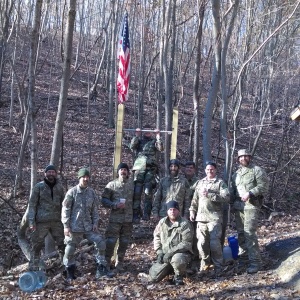