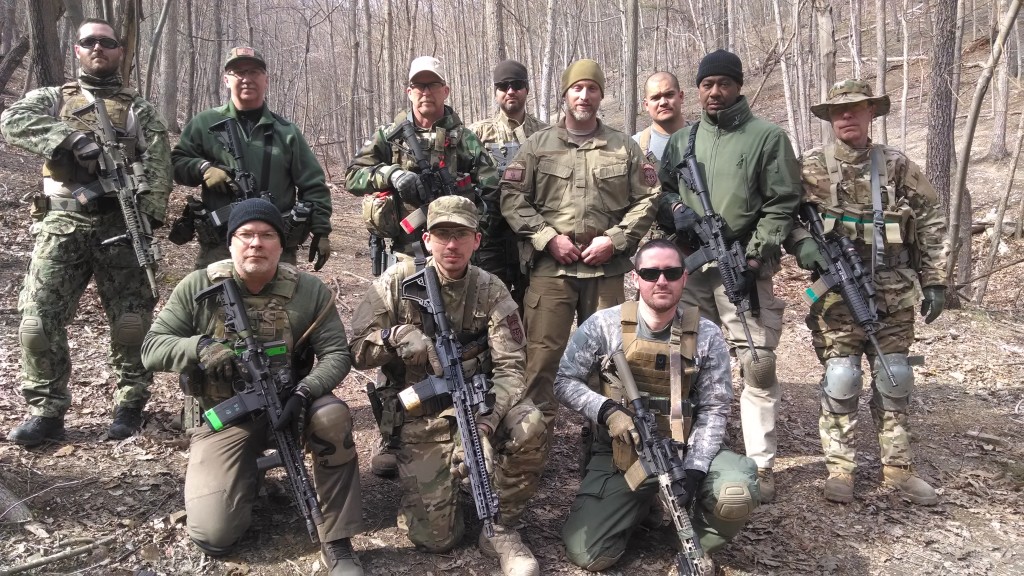 I have only attended one shooting class before this one with a different training group, so it is all I have to compare my most recent experience with Max Velocity Tactical Training.  The drills that we ran on square range day covered every malfunction that you could face in the field.  That alone covered more than I learned from that first shooting class during a whole weekend.  Max and 1SGT (Scott) demonstrated each malfunction by covering each one verbally, then with a live demonstration, and finally with the entire firing line getting multiple repetitions clearing each malfunction.  1SGT demonstrated a live squib load so that we all knew what it would sound like, instead of the usual vague definition.   The key that was drilled into us was assessing the ejection port.  I learned through multiple repetitions to pull the charging handle to my weapon hand shoulder, then release the charging handle from there to ensure that I was not riding the charging handle forward.  That technique gave me a reference point that was repeatable even under stress and fatigue.  Max and 1SGT harped on consistent motions that could be remembered quickly while under stress and fatigue.  The technique for clearing a bolt override was unheard of for me, but it worked every time.  No mortaring, judo chops, or multi-tools needed.  The square range day cleared up a lot of misconceptions that I had on malfunction clearing and also incorporated communication, taking cover, scanning, and finishing the drill no matter what.  At the end of day one, Max demonstrated the safety angles and spacing that we would be using the rest of the weekend.  Tip- Clean and Lube your rifle, bring a 24 pack of water, snacks, Knee pads are mandatory, and your lunch.

That night myself and two other students met 1SGT for the Night Firing class.  1SGT chatted with us about the use of night vision, limitations, and cleared up any questions we had.  Max and 1SGT helped us zero our IR lasers, then we engaged several targets downrange to get a feel for the IR aiming point, and the 30 degree view of our PVS 14s.  Reloading, malfunction clearing, scanning, and movement were totally different to me in the dark.  My previous experience with night vision was only weapon mounted from static fighting positions.  Next, Max took us through a collapse scenario that involved the three students assaulting a camp of gang members.  It was difficult moving through the woods, then engaging targets while keeping our safety angles and spacing.  Max and 1SGT managed to take us from square range introduction to night vision through an assault in one night.  Tip- Make sure you clean your safety glasses with anti-fog solution, install the demist shield on your PVS 14, and bring extra rails for your handguard in case you need to move IR lasers around, zip ties for tape switches, and a red lens headlamp.

On day two Max met us at the outdoor class room.  He went over reacting to contact on the white board,  explaining each element and answering questions.  Max does this with a sense of humor and knowledge transfer.  At no time was there any degrading remarks directed to the students.  Max created an environment where I felt safe to ask questions.  He wanted to ensure we all understood the concepts before we moved onto the demonstrations.  Safety angles and spacing were reinforced at all times.  Max took us through the RTR drills, buddy rushes, and clearing positions.  Each drill built upon previous instruction from the square range day and each buddy team got multiple repetitions.   The pop up Ivan targets gave instant feedback to each student  and helped me visualize actually keeping Ivan down while my buddy moved.  Communication, short rushes, stoppage clearing, and spacing were reinforced.  Next Max took the class from two man buddy rushes to team rushes and team break contact drills.  Each team received multiple repetitions to build upon the previous drills.  Tip- Load as many magazines as you can, find a way to retain your magazines during the drills, drink water.

The last day the lass went through a brief refresher drill on what we had learned in the class so far.  Next we learned how to break back down into buddy pairs from the teams, peel, and bound back all while the enemy popped up in different areas.  Safety angles, spacing, and communication were stressed at all times to keep everyone safe.  The day culminated in an assault on two enemy positions using three teams.  The final event pulled all the drills together and pushed all students for maximum effort.  Tip- Bring 1700 rounds, do physical training-the terrain will challenge you.

If you are looking for training that will keep you alive, Max Velocity Tactical Training is where you will get it.  I have yet to find any class like it on or near the East coast.  No other trainer will transfer knowledge of this type to civilians.  The amount of information, repetitions, and practical applications that you will receive during the weekend will offset the low cost of the class.  I paid more for my first class from another training group and learned a lot less for my money.  Next I look forward to the Force on Force Team Tactics class.

Max Adds: If you have been reading the blog lately, you will have seen my post on the development of the Rifle Skills and Combat Team Tactics Classes (‘Adjustments to the Rifle Skills / Combat Team Tactics Lineup‘). We have also scheduled a  number of the Combat Rifle Skills classes for those who want a shallower learning curve. We have moved zeroing entirely to the optional Rifle Skills day prior to Combat Team Tactics. This has freed up training time on the Friday of CTT. We have made some adjustments to that square range day to introduce some of the visual concepts early, so that they are not first encountered on the Saturday morning, as part of the introduction to fire and movement. This is done in a somewhat ‘monkey see, monkey do’ format on the square range, to put visuals of safe distances, angles, spacing and such into the mind of the student, so that when they are taken through explanations and rehearsal on the tactical ranges the following day, they have a better reference point. This is working very well so far. We had limited time this past class for this pre-concept training, because we still had to do some check zero, but for future classes the absence of zeroing has been made clear (unless you show up for RS) and we will have more time available. 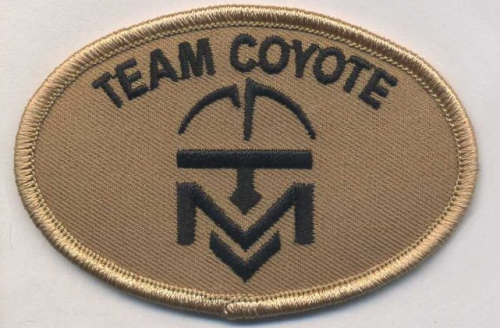