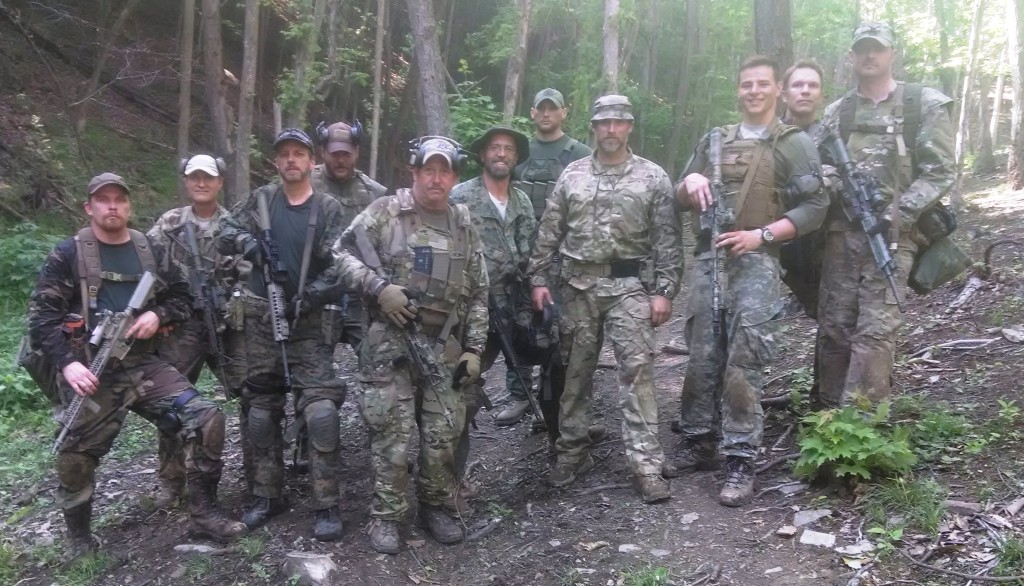 Just finished my first Combat Team Tactics (CTT) about a month ago. My first “professional” firearm training of any type although I’ve been shooting for years.

It was a real reality check!!! Not that I thought it would be easy, but just wow. As Max said, you don’t know what you don’t know, which is why I went. I did know that I “had” to go. Too much on the line to make any excuses at all. And when someone like Max, with his experience and expertise makes available to train you, you just do it.

I’d been keeping my eyes out for a good year or two trying to find this type of training and had no luck. I found all the tacticool range type training, and even saw them at my local range but knew that wasn’t what I was looking for. After reading “Contact”, and finding out MVT existed, I think I dropped the book right then and went straight to the site to inquire about classes.

I knew it was going to be unfamilar. Uncomfortable. Out of my comfort zone. Exhausting. But you suck it the F up and be a man. If I can’t deal with 3 days during times of peace, how am I going to during times of unrest when people are shooting, kicking in doors, whatever it winds up being? I knew that I had to get this kind of training and MVT is if not the only, one of only maybe a couple that offer the “real” shit, and in my opinion the only training that is “really” worthwhile for an “oh shit, this is it” situation.

It was perfect. Stressful. Satisfying. Intense. Educational, and every other kind of thing all rolled into one. There were times I wanted to quit. Times I was thinking what did I get myself into, evidently I’m an idiot. But you press on and press through and “get it”. Like Max said, this ain’t no tactical Disney land. Lol.

I appreciate that they give a crap enough to pour their hearts and experience into training everyday normal civilians! So many training centers I found would only offer training to LE and ex Mil.

In the hand to hand combat training I do, they work stress into the training, and whether on purpose or not at MVT, they do too. It is very important because “everything” changes when you introduce stress, pressure, etc. Fine motor skills diminish. You get tunnel vision (which could be deadly for bystanders or team mates), auditory exclusion, all kinds of things. It’s super important to train under these circumstances and get used to them because when someone is shooting back, your buddies/groups lives depends on you.

We’re all bad asses in our own minds and have a tendency to have delusions that because we read this or watched this video 12 times on team movements, formations, peels, whatever, that when it comes go time we will just magically performs. It’ll be stellar… Not. I think the vast majority of MVT alumni can confirm. It’s only when you put your boots to moving and actually do it that it starts to actually take hold and become a part of you. And add live fire, real breathing human beings all around you that depend on you, shouted instructions in the midst of all of the controlled chaos, and your in for some real “in the shit” training.

I am thankful that MVT is there. I am thankful that Max and his team believe in this country and the principles of liberty, and have went full time to bring their expertise to the good people of this country. To me it is discouraging that more people don’t value liberty enough to get off their asses, drop the excuses, and deal with the looming threats the way they should be dealt with… With training. It’s a little preposterous to me that so many threats can by laying clearly in plain view and people aren’t motivated enough to bother to drop the remote and do something about it when their very lives, the lives of others, and liberty are at stake. But, hopefully in their time, and before it’s too late. I guess we all wake up at our own time in some regards. I’m talking about those who have already woken up and still choose to not take action.

I will be back, and probably get yelled and screamed at, make mistakes, but more importantly gain more skill and proficiency.

I have two so far that are planning on returning with me in the fall hopefully. MVT is a must. Period. End of story. Don’t question it. Drop every excuse. So what your old (I’m 50, at least one in the class if not two were 60+), young, fat, skinny, poor (but have 39 rifles… Sell 33 of them), live too far (I’m from Florida, and one guy drove from Montana!). Just do it!

(Because his trigger finger was that fast. Until Lee snapped it off. Only joking!)

For those wanting a slower learning curve, we have just introduced the 2 day square range based Civilian Close Combat (c3) Class. It will be taught at least initially by Lee, perhaps have guest appearances by the ‘Muscle Memory Gorilla’ and we may even persuade The First Sergeant to show up from time to time.