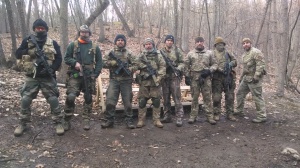 I previously attended CRCD in 2013 and also Combat Patrol in late October 2014.  I am a firm believer in “perishable skills” as it pertains to many things, particularly things that leverage muscle memory and hand/eye coordination. I am also a firm believer in spreading the word when you find something you like.  So…I dragged a buddy of mine along, we’ll call him Joker for the purposes of the review until he chooses to introduce himself.
The backstory is that I first attempted to get my wife, Joker, and his wife to do one of the small team classes (just the four of us, like a double date), timed in early 2015.  You may have seen the note from Max in late December with the wording, “she would rather die!”  relative to cold weather training.  That is a quote directly from my wife.  The compromise was that Joker and I go and we’ll bring the wives back when the weather is warmer.
My wife asked me, “you’ve already done this before, why do you need to do it again?”  First, we had the conversation about “need” and what that really means (who are you to define what I need, etc), but my answer was two-fold:  perishable skills, and, CRCD is now CTT and includes a front-end day of range training to re-learn/polish the basics.  In most everything in life, I take the approach of learning one or two new things with everything I do and this experience served to reinforce that approach. 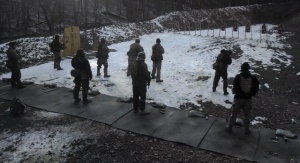 Day 1, range training:
I’ve been shooting the AR platform for many years, but would not claim expertise.  I don’t want to spoil anything for anyone, but I learned many things on day 1.  In particular, polishing up the basics such as various reloads (admin, tactical), ready-up, controlled pairs, etc.  The big learning experience was the malfunction training.  Not only did I learn about a few new types of malfunctions, but how to effectively clear them and also set them up (great “train the trainer” material).  The finale was the “race” where Joker and I ended up playing “f%!$ your buddy” activities…yep, screw your buddy with malfunctions and watch them identify them, clear them.  That was a really fun, useful, educational activity and I learned many new things.  I will incorporate into my family/friend training.
I think the big takeaway from Day 1 was that you need to become competent enough to operate the rifle, reload, deal with malfunctions so you don’t have to think about the rifle.  Focus on the task at hand (what is going on around you, the enemy’s location, your buddy’s location, etc), NOT the rifle and red dot and the tunnel-vision we tend to get. 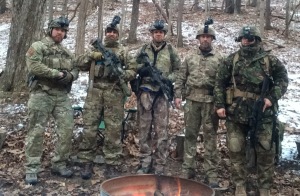 Day 1 evening, NODF:
I’ve previously used PVS14’s at the Combat Patrol class, so I would rate myself as “decently competent”, but not an expert by any stretch.  This class was PVS14’s plus IR lasers.  We started with sight-in, basic manipulation, ready-up drills, then a simulated raid, all under NODs.  Again, don’t want to spoil it, but suffice it to say, I learned several new things and identified those things that require further practice/training.  And, this was REALLY fun. 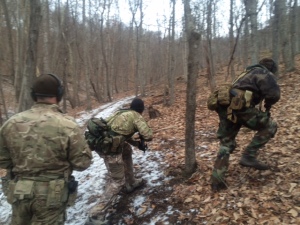 Day 2, “Range 1:”
Day 2 began with chalk-talk/whiteboard, covering the basics and clearly articulating RTR.  This was the preparation phase for operating in buddy pairs, communication, fire and movement, etc.  In keeping with “Crawl, Walk, Run,” this was the crawl phase, possibly migrating into some walking (figuratively).  A great learning experience on Day 2 was “height over bore and micro-terrain.”  I’ll leave it there.
Day 2 was a great combination of classroom learning combined with putting what was learned into practice in buddy pairs, then working up to squad level movement. Clear understanding of “Contact Front/Left/Right” was achieved as well as returning fire, getting off the “x” and returning appropriate fire.  Corrections were provided where needed, but in a constructive manner, no ego, no belittling, but positive correction and reinforcement.
Day 2 ended with the bad news that Joker had to leave early due to work commitments, which was a bummer to all, as Joker represented all that is good with this type of training, a great attitude, willingness to learn, and not taking himself too seriously (i.e. he was learning, having a good time, and the positive attitude was contagious). 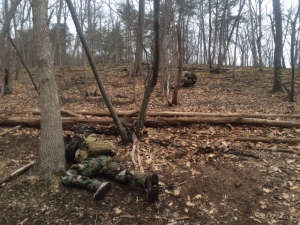 Day 3, “range 2:”
Day 3 began with Famous Fred’s CBRN talk.  This, to me, was fascinating stuff and a great “value-add” to the overall training.  This was done while we took turns doing the jungle walk (solo RTR).  I was so interested in Fred’s content that while I was excited to do the jungle walk, I had a hard time leaving the fire pit conversation.  But to be clear, the jungle walk was more fun.
Jungle walk solo evolved into jungle walk in buddy pairs.  This was the walk/jog/run period where we put day 1 and 2 into practice with multiple engagements from all directions, combining fighting through with fighting back, peels, etc.  I’ll leave the details out so as not to spoil anything, but this was the culmination of everything learned, finishing off with a squad assault, smoke, lots of rounds downrange and spreading hate and discontent to Ivan.
Conclusion:
All the guys in the class were top notch guys of varying levels of capability, all made better over the three days of training.  I enjoyed the time with other like-minded patriots and hope to keep in touch.
As stated by others, make sure you are reasonably fit (Tactical Fitness Training Plans).  Train before you go for steep, rocky terrain, lots of “up/down” and be ready to make adjustments to the terrain as you are looking for cover and shooting positions.  Like any other sport, if you are fit, you can focus on the task vs. how tired you are.
‘Contact!’  I read the book way back pre-original CRCD class, went through it again before CP, and now am ready to go back through again after completing the CTT class.  The content WILL make a lot more sense after actually doing the class, trust me.  Read it.  More than once.

Instructors – I can’t say it any better than it has already been said, the instructors (Max, Chris, Fred) were all top notch, no ego issues, and treated everyone with respect, even during correction.  They are the reason I have continued to return to MVT.
Wall of shame – I learned something else at class…suppressors get really hot.  So hot, that if you use a suppressor cover, it might catch on fire (see the “wall of shame” when you go, I left something there).  Further, under NODs, a really hot suppressor looks like a Star Wars light saber.
Wife friendliness – I will be coming back, with my wife (once the weather is warmer).  I’ve been to several classes outside MVT where I would NOT take my wife.  The level of expertise and approach along with the “tone” and professionalism at MVT have confirmed my desire to return with my wife to a CTT class.
If you have not attended and are thinking about it (while reading AAR’s, like I did), take the plunge and do it.  You won’t regret it.
Pinky 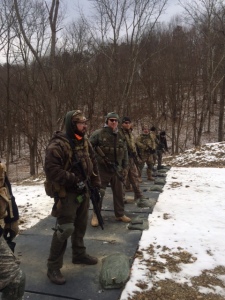