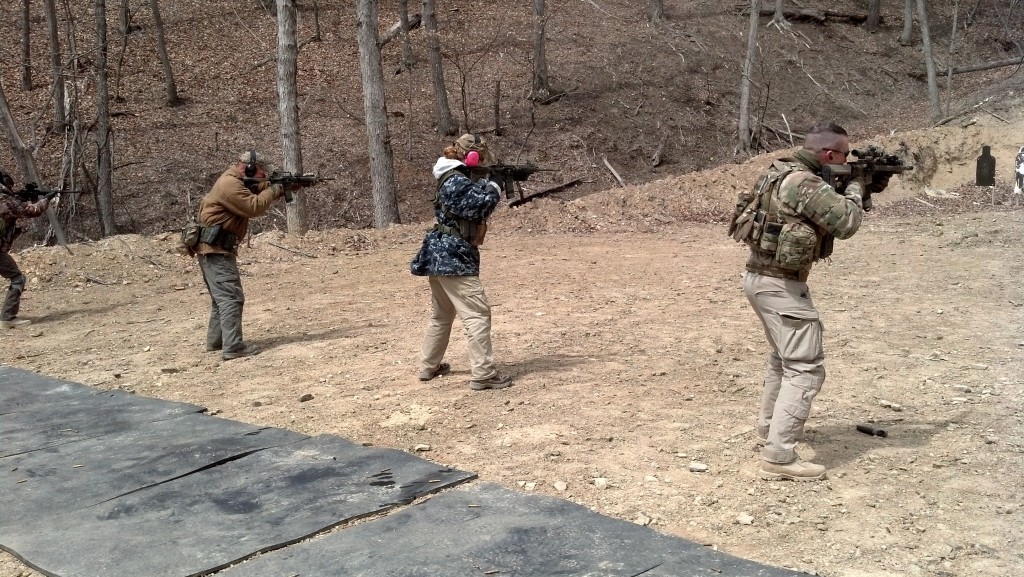 Seven of us just had the opportunity this weekend to experience the new Combat Rifle Skills (CRS) course at MVT. I could simply explain this class by saying that anyone, no matter your skill level could benefit greatly from it.  Anyone that has attended the three day Combat Team Tactics (CTT) could probably attest that it is packed full of great information and training.  I mean CTT is literally teaching you how to move and operate as a small fire team in just a couple days of instruction.  And as you may have read in the blog, taking the Rifle Skills class on the day before CTT is becoming more and more popular for good reason.  But for those that aren’t as comfortable as they would like to be with their weapon, or are only able to get away for two days of instruction, CRS is exactly for you!
This weekend is the perfect blend in that it was comfortable for the less experienced students, but also still applicable, and honestly, enjoyable for those that already have a few classes under their belts. The make up of the class is a great indicator to show this, we had three random guys with three varying levels of experience, we had a husband-and-wife and finally a father and his teenage daughter (age 14). For anyone who has considered taking a loved one to MVT to help them grow their skills, but in the back of their mind was not sure that they would not be able to handle the pace of CTT, this new class is perfect. First Sergeant (Scott) who taught the class, took all of us from the basics and paced the class so by the end of the second day everyone was able to do facing movements, return fire drills, and malfunction mitigation, and do them pretty darn well. It is intelligently built so that anyone coming in with a decent handle on the basics can participate and challenge themselves to do things better and faster than before, but with the slower pace of CRS, it allowed for the newer shooters to take the necessary time to learn the skills and layer them on top of each other as the class progressed.  Max’s philosophy of crawl, walk, run really gets to happen because there was enough time to crawl before you have to walk and then finally run. This pace also allowed for it to stay fun as we could take periodic breaks and ask random questions we had to benefit from First Sergeant’s huge well of experience and knowledge.
I think everyone should make Combat Rifle Skills something they do each spring to polish up those skills that may have tarnished a little bit over the cold winter, and get themselves ready for a couple of summer and fall classes at MVT. Walking out of this class you feel like you are ready to rock, and that is a great way to get more out of subsequent classes because you can focus on the tactics rather than the rifle manipulation.  The after action reviews for this class when we all sat down were quite easy, no matter how much First Sergeant prodded us to give him some issues or things to change, the consensus was that it was just right.  New shooters or old shooters that want to get better should give the 4 day CTT or this two day Combat Rifle Skills (CRS) a try.  It’s a great way to spend a couple days with a friend or a loved one and meet some great people in the process. 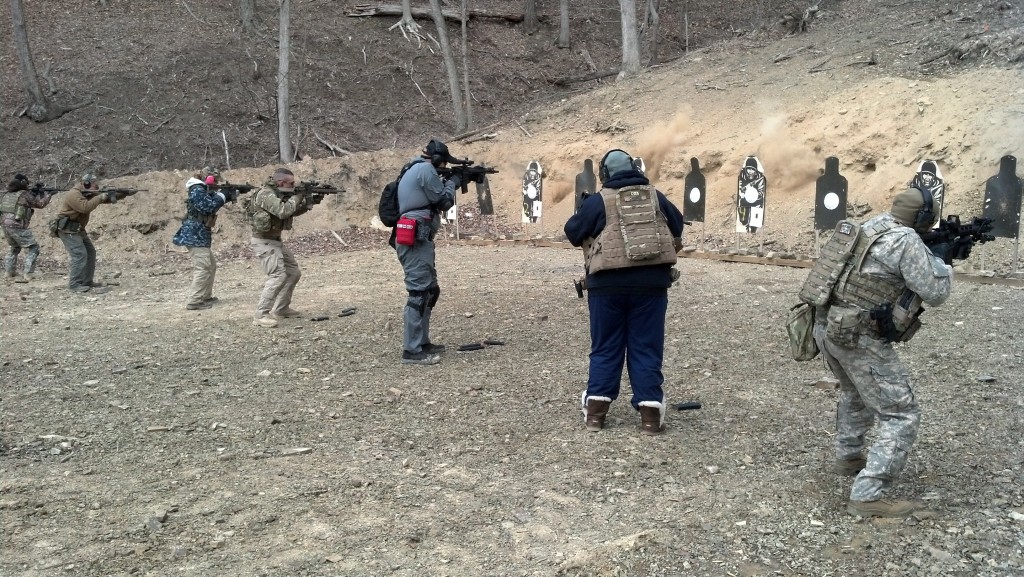