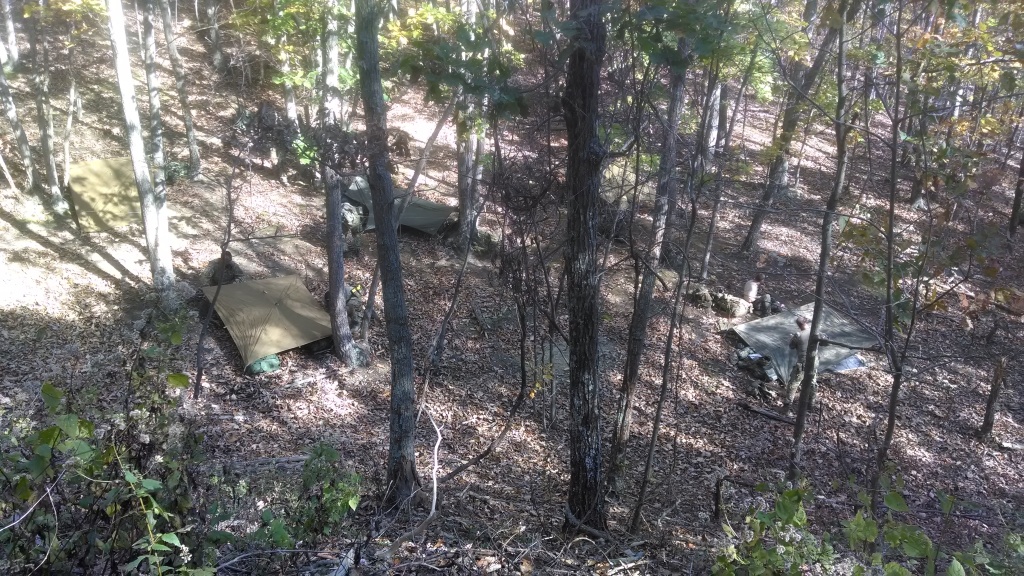 All of us are going to die. We do have some control over the time and maybe even the means. As the growing abyss beckons, it becomes clear that there will be fewer to pick over the scraps of our rapidly decaying civilization. Would you like to at least have the option of continuing? If you are reading this, you must have decided that options are a good thing. To preserve those options in a dangerous world, you must stay alive, first and foremost. The bad, evil people (BEPs) are legion. Counted amongst them are those who have not yet completely turned but are infected nonetheless. Let us assume you have chosen to oppose the BEP and make your stand. Good for you. Now what?

You must then be trained in the art of war. That means you must be able to resist your enemy and protect your family and tribe. You must be the protector of the good people (GP). The practical application of this desire to stand against the BEP is small unit tactics (SUT).  The MVT Combat Patrol class is the embodiment of SUT for the civilian Protector. You will not survive without the ability to employ SUT. You cannot learn SUT on your own. It isn’t possible to do from the Interwebs. If you try to employ SUT against the BEP without formal training, you will lose tribe and/or your own life, thus failing in job #1: staying alive. For those of us interested in building tribe, that is too high a cost.

Max’s Combat Team Tactics (CTT) is the necessary precursor, yet it is only a beginning. The application of CTT is Combat Patrol. If you cannot find another reason to take this class, understand that your ability to employ SUT to save the Good must include this. The BEP are coming to take your shit. If you are alone, they will get it. They will take your family and you will be gone. If you have tribe, how will you help the tribe to resist?

Combat Patrol is a commitment. It can be painful. It is dirty. It is uncomfortable. It induces stress. It hardens you, as much as three days can. You sleep under a tarp with your buddy in a rustic patrol base. You stand sentry into the cold dark hours as foes probe your perimeter. You learn how to face multiple firing points and keep your team together. You learn how to fight back as you evacuate your wounded. You learn how to set a proper ambush and keep your team from getting killed by stupidity while doing it. Most importantly, you find out your weakness now, before it costs you everything. You cannot know these things without doing them.

You will learn these things. You can choose to learn them now under the tutelage of a dedicated cadre of instructors that includes Max or you can learn them from the BEP. The latter will not be merciful. They will not correct your mistakes. They will exploit them. If you have not learned how to patrol you will make fatal mistakes and that will be the end of it.

You may question why train for patrolling in the woods when you may live in an urban area? The terrain merely varies the shape and size of cover or concealment. The basic tenets remain the same. Security, security, security…Your patrol base might be in a parking lot or a building rather than a thicket or a hillside. Your team will need to use the same techniques to survive and protect themselves against the BEP and the elements.

We were a tired group coming off the hill after the raid. We double timed to the rendezvous point to evac back to the tactical operations center. We had spent the last two days getting ready to hit the target. These were a particularly nasty group of BEP. They had been terrorizing the area for some time. The locals had asked for our help because they knew we had the training. We had established a patrol base in the operating area. Soon after we were able to pinpoint several potential targets and conduct a reconnaissance. That is a skill to be learned at MVT, before you go bumbling through the woods or your town at night when the BEP are in your area for real. Can you look at a map and figure out how to get to your target? Combat Patrol is not a nav class but it certainly illustrates why that is a necessary skill.

As we spent time in the patrol base, we figured out where we might set up an ambush to gather more intel. At MVT, we were taught the importance of security at all times. The patrol leader must always account for that. An ambush is a risky operation, especially against a trained force. Even if the target is untrained, the risk of random events spoiling your party is there. We learned how to silently alert our patrol leader and initiate the ambush to maximize lethality and keep the team as safe as possible. There are a few ways to skin that cat but with the basic knowledge you can adapt to most situations and avoid catastrophic mistakes.

We took the intel we gathered from our ambush and night recon and planned our raid. We had our group leave the rendezvous (RV) and proceed to the operational rally point (ORP) from there we broke off into two groups. Three would have been better but you do the best you can right? Our support group set up with a direct view of the target. Our assault group maneuvered to assault from behind a ridge, out of sight of the BEP position. Our support group began plastering the target with well aimed rifle fire. The tempo kicked up and we advanced on line towards the target as it was under fire. As soon as targets were visible we engaged. The assault group then began advancing by bounds as the enemy were in complete shock. The support group shifted fire on queue and the assault swept through the encampment, destroying any further resistance. Suddenly, incoming fire from our flank alerted us to another position farther north. Our support group was still occupied so we detached a new assault group and maneuvered from the flank to destroy this last position. Job done, we all withdrew to the ORP and made a hasty withdrawal to the RV and then back to base. The BEP had suffered a defeat at our hands and we were proud of our work and thankful for our training.

Going home to family and tribe is what it is all about. This was my second combat patrol class. There is so much that goes into planning and executing a successful patrol, you will realize that three days is not enough. Somehow, you will learn more than you thought was possible in such a short time. You will get your gear squared away. You will understand the need for real fitness and why a couple trips to the gym each week isn’t going to cut it. If it ever happens that you are the one sending your guys and girls outside the wire to protect your homes, you will know what those folks are going to need to do to win against the Bad, Evil People and come back alive.