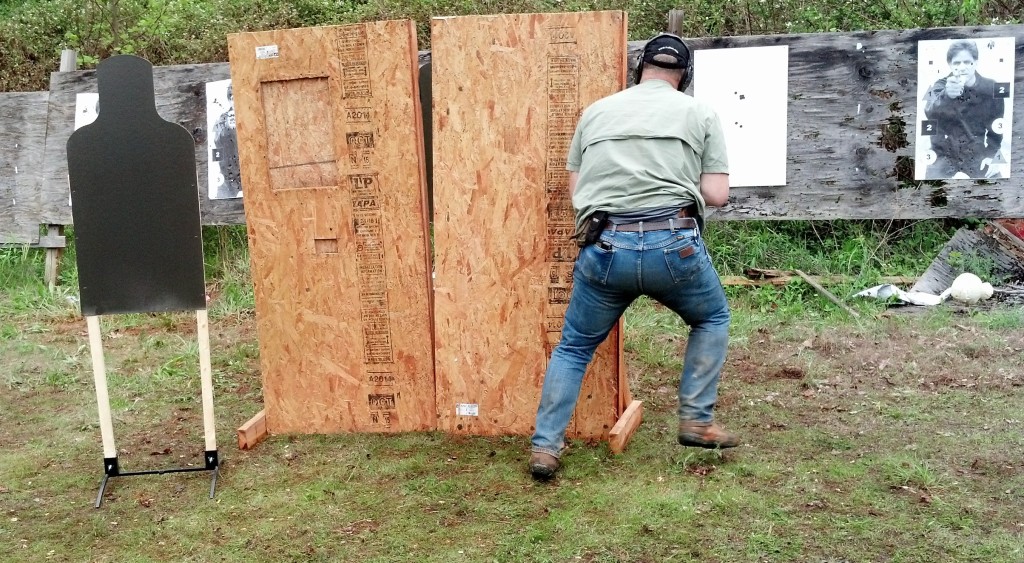 We just finished the inaugural Active Shooter CCW class Sunday, in the rain. 1st Sgt (Scott) did this one on the road in central VA.
I’m not really sure where to start. We had 6 shooters after 3 had to back out due to family or work emergencies. The experience levels were about as far apart as you would expect to see in this course, from brand new pistol shooters to very experienced competition shooters with moderate tactical training. 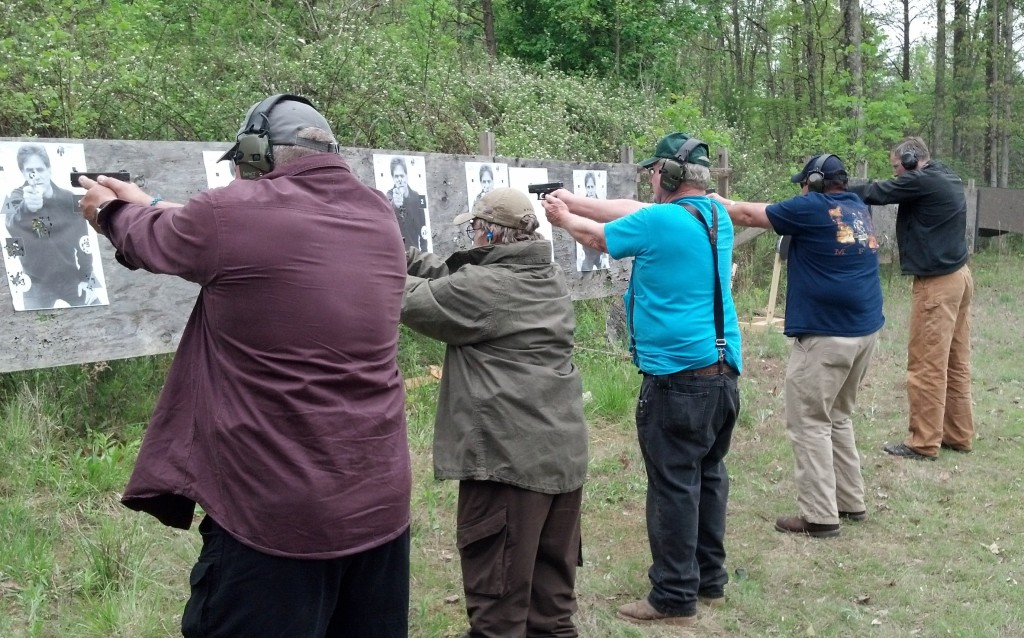 Scott started out with the basics to assess each shooters gun handling and marksmanship abilities. He then progressed right into basic skill drills, shooting from the draw, from concealed and then to a level of malfunction drills that no one in the class had ever experienced. To say he’s radical in his malfunction drills is an understatement. But, we all proved that we can clear most any pistol stoppage, with one hand,, that being our weak hand…. very enlightening.

Sunday morning, after sharing camp with a black bear, we progressed into more distance work, more draw work and then into some scenario drills. The scenario drills were probably the most fun as who doesn’t like running live scenarios with a pistol? Of course we enjoyed  riding each other along the way but the scenarios were very eye opening. The learning moments were too many to list but the conversations that came out of the scenarios really got us to thinking. We even set up scenarios while the shooter had his eyes closed and had to react on command. 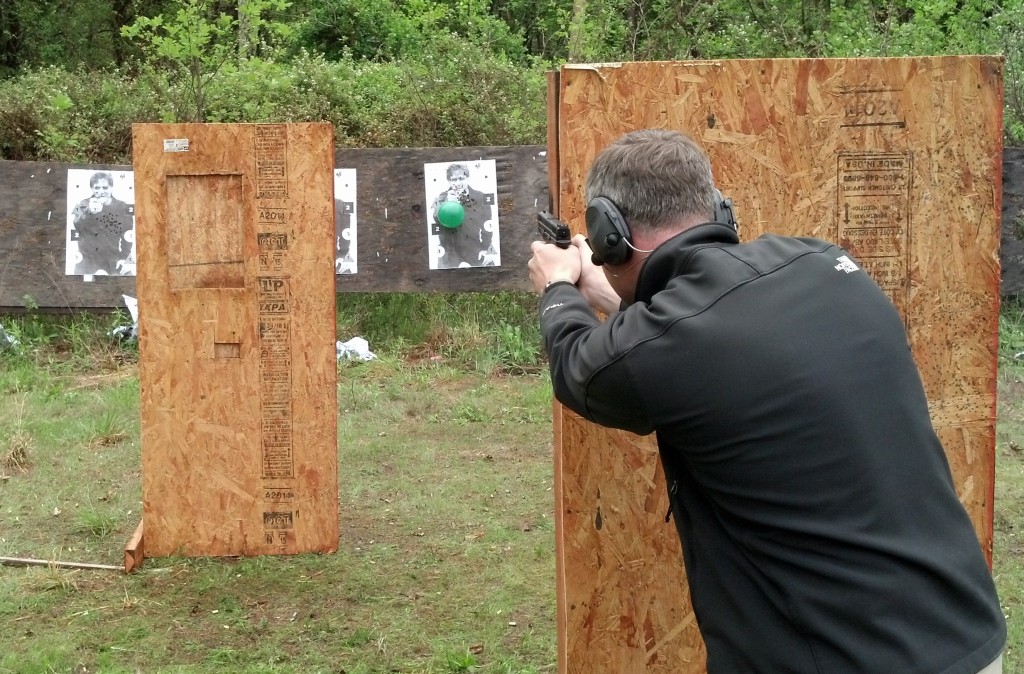 Scott did a great job of moving the class along while giving plenty of breaks and changing subjects frequently for those with non diagnosed A.D.D. He started with the absolute basics and in two days had the class at a level of comfort and confidence in their abilities to protect their families that far exceeded most expectations coming into the class. He carried the class to what was a consensus of “as far as you can go, without FOF munitions”, which brings up another point  CCW-2?????  We call dibs on the inaugural CCW-2 course with FOF munitions here in central VA. (Even if I have to shoot a plastic gun for the FOF part). 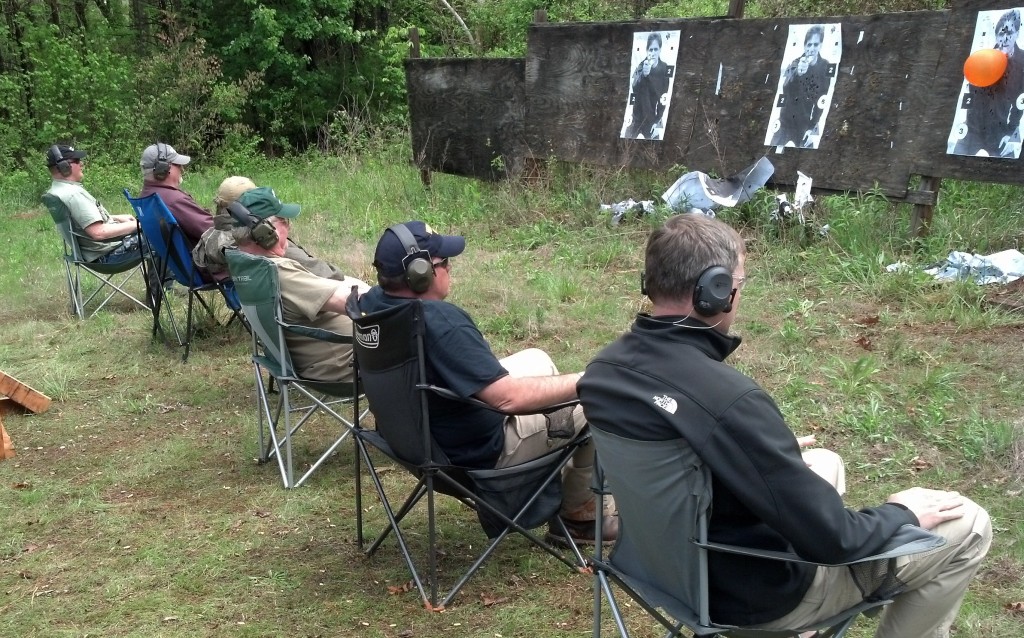 To sum it up. Of all the courses that Max offers, (my 4th time) this is in my opinion, the one you’re most likely to actually put to use, for real. Yes we all talk about and plan for WTSHTF, but until that happens, how likely are you to kit up in your plates, carrier, ruck and rifle and REALLY USE the training you’ve gotten. Don’t take that wrong, I’m still saying go to all of his rifle classes that you can, because TSIGTHTF, sooner than later!! But, the CCW class prepares you for that event, between now and then, where you really need that pistol you have on your belt and actually makes you efficient with it if God forbid you ever have to draw it. And yes, even after TSHTF, you may need to carry concealed and this prepares you for that eventuality as well. Kudo’s to 1st Sgt for an excellent class and we’re waiting for the date for CCW-2 in Central VA. All 6 attendees will be there! 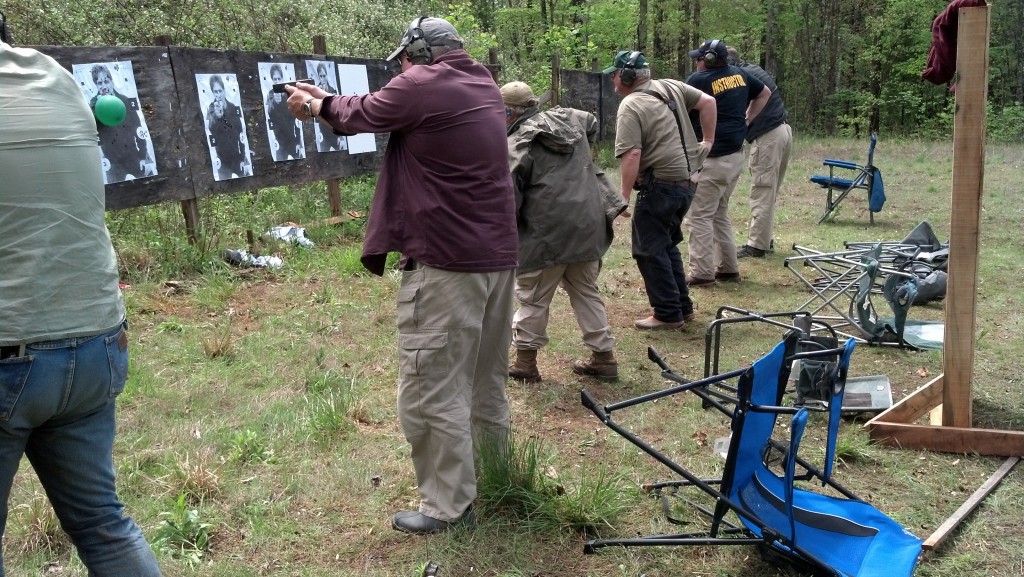 Max adds: The next Active Shooter CCW class is at the VTC (Romney, WV) May 21 -22. There are at least 2 spaces still available on that class. After that, we have August 20-21 also at the VTC.

Scott, the Primary Instructor, can be available for these classes at remote locations. We have not so far as adventurous with the remote CCW classes as we are with the remote tactical classes (Texas, Idaho etc) but please contact us to discuss a class, location and cost.