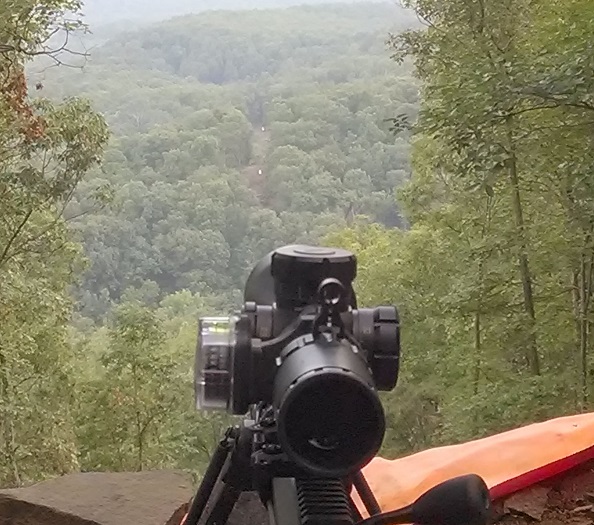 This was my first foray into long range shooting. Prior to taking this class taught by John, I had only fired out to 100yds or used the Army’s 25m qual targets. I knew going into this class I would be entering personally uncharted waters. Luckily for me, beforehand I was able to get great advice from experienced shooters and John on the MVT forum for what to buy in preparation for this class. If you don’t belong to the MVT Forum, I would highly suggest joining. You will be able to get truly expert advice without the BS found on open forums around the internet. The advice allowed me to show up to class with a quality (yet affordable) precision rifle that was easy to use out to 1000yds.

Anyway, onto the class itself. We began by spending the morning in a lecture going over the fundamentals of marksmanship in great detail. When shooting at extended ranges, a great deal of consistency is required for hits on target. With M4/AR15s it’s often point/shoot with application of fire in some circumstances, but there are many more specifics for precision rifle that John took us through. These specifics truly made a difference in my ability when it came time to shoot. Throughout the lecture, John worked through our questions or confusion so that we were all growing our knowledge base. One thing that I really like about John’s style of instruction is his ability to divert into a specific topic- usually things that you would never think of/learn about otherwise. At many times during the course, I had what we like to call “you-don’t-know-what-you-don’t-know” moments. I knew coming into the course that precision rifle shooting was a deep subject, but over the 2 days, I learned there were truly fathoms of depth I had never considered. Luckily, John was patient enough to guide us through the material, reiterating or re-explaining information until we got it. 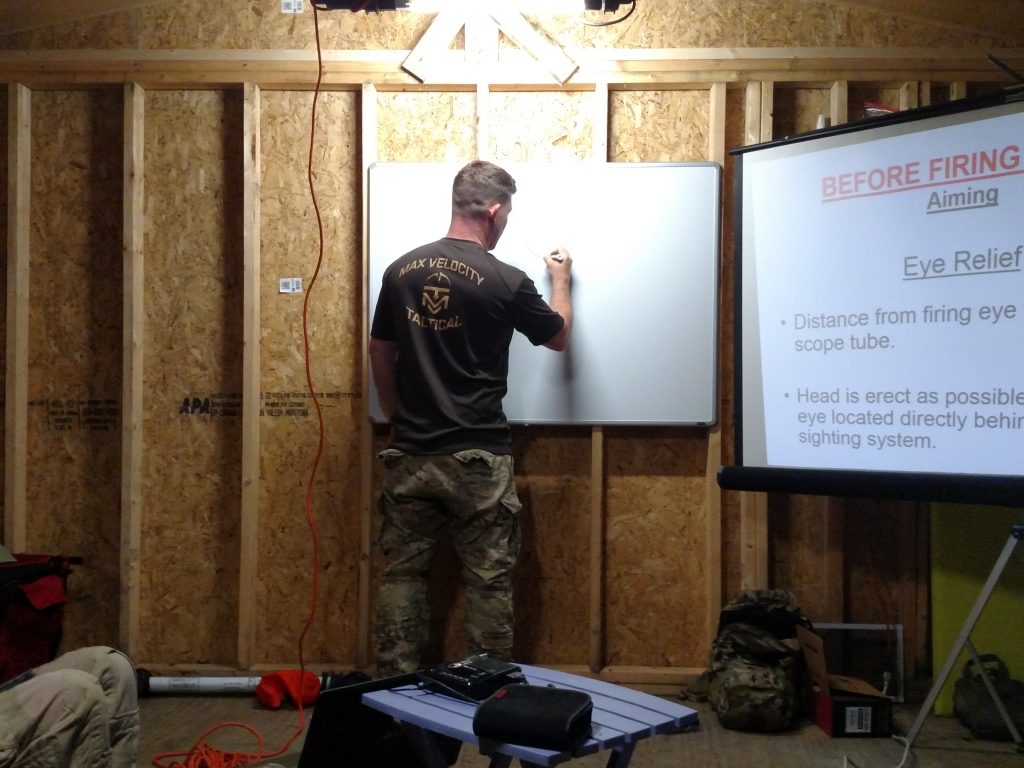 After the morning classroom session, we zeroed our rifles and chronographed muzzle velocities. Getting actual data on YOUR rifle with YOUR ammo was a truly priceless piece of this course. Having real data meant our elevation calls could be much more accurate when it came time to shoot at long range, saving us time and ammo. After chrono’ing we headed back to the classroom to talk about ballistics. John again did a thorough job of explaining formulas, both MOA and MIL and even went into detail about some of the most common reticles. The detailed information I got on my reticle (mildot) was incredibly useful for me when it came time to shoot at distance and was a “hidden gem” for me personally. The knowledge made my ability to mil targets and precisely hold for wind much much better! The next day, when we first got to the long range shooting position, I practiced milling targets with my scope and was within 10m of the 550m targets! Not bad for a first timer. Those results are PURELY because of John’s instruction the previous day. If you take this course in the future, make sure you take really good notes during the classroom portions. I frequently referenced them while on the range and they were great for having next to me so that I could answer quite a bit of my own questions. 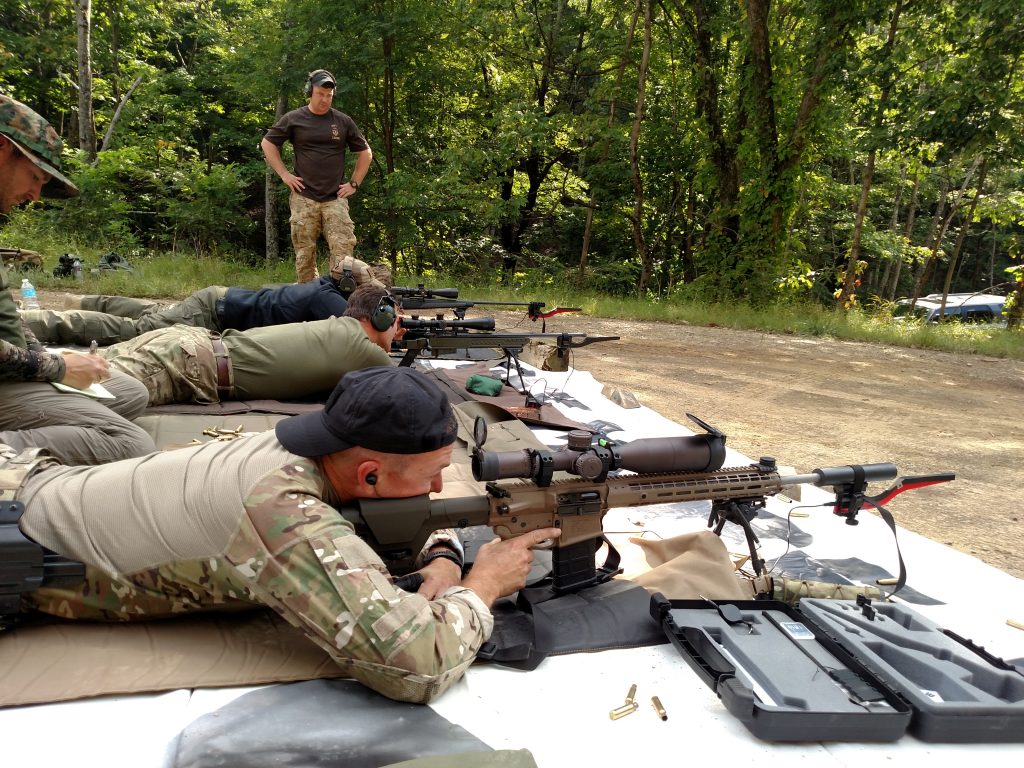 We spent the entirety of the second day on the long range, shooting at targets from 250yds out to 960yds. Every single shooter got personal attention from John, usually shooting one at a time so that John could make wind calls, watch trace/splash and make corrections. There were also quite a few times John had to coach shooters (myself included) through correcting mistakes they made when dialing their scope. This individualized attention made for a very special experience. Being such a new shooter, without it, I think many of us would have been fumbling. John’s guidance honestly made it easy to make hits at the longer ranges. There was a moment of truth for me when he gave us a chance to free fire, without his spotting, at whatever targets we wanted to try for. What resulted was my hit percentages being roughly cut in half (down to 0% at 950yds)! I knew spotting was important, but that exercise really drove home that 1) good calls are vital and 2) how easy John made it seem. The range is extremely tricky because at the furthest targets, you are shooting across two valleys. Usually, the wind was doing two very different things. As a newbie, I was mystified by how John was able to know what was going on and make some seriously accurate wind calls. Something else that amazed me was how he was able to switch up from student to student without skipping a beat, given the VASTLY different setups we each had (different calibers, scopes, etc.). He was able to get everyone on target at 950yds, with some truly crazy holds. I think everyone left on a high note. 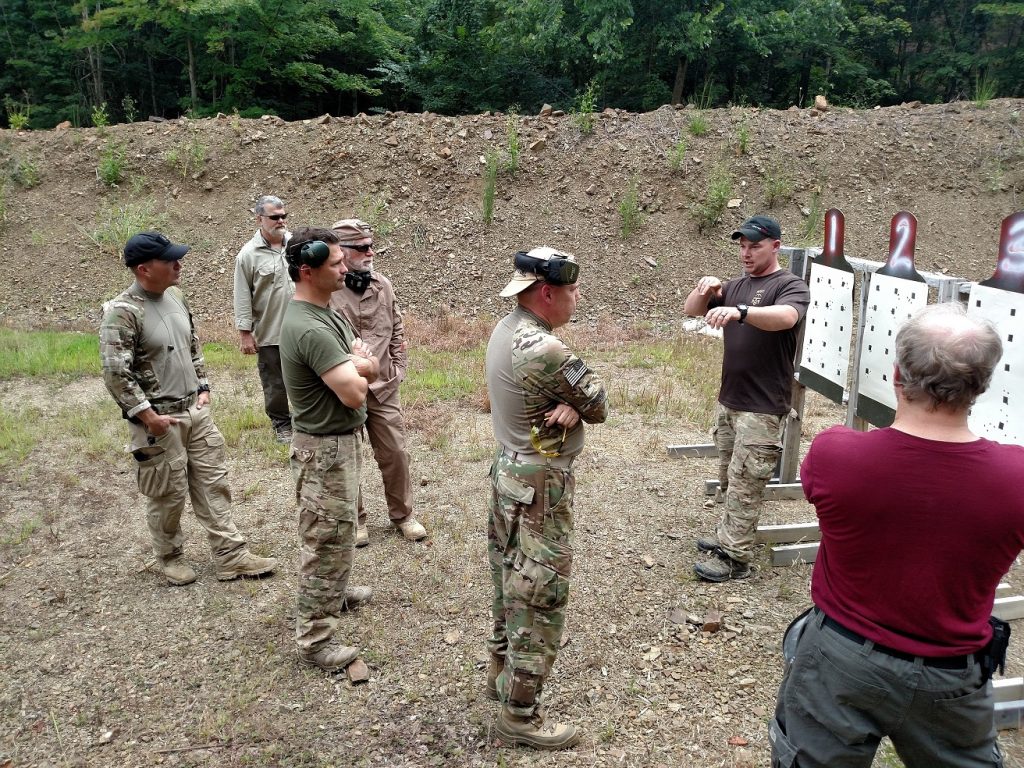 This class was super valuable from my perspective and the results I was able to get in such a short time of practice/instruction was pretty surprising to me. I was able to pretty reliably get hits on my own at the “midrange” targets with only 2 days of instruction. That’s a big win for me! Thank you to John for his instruction and thank you to Max and those who labored in clearing the range to make this course happen. I would highly recommend taking this course the next time it’s offered. 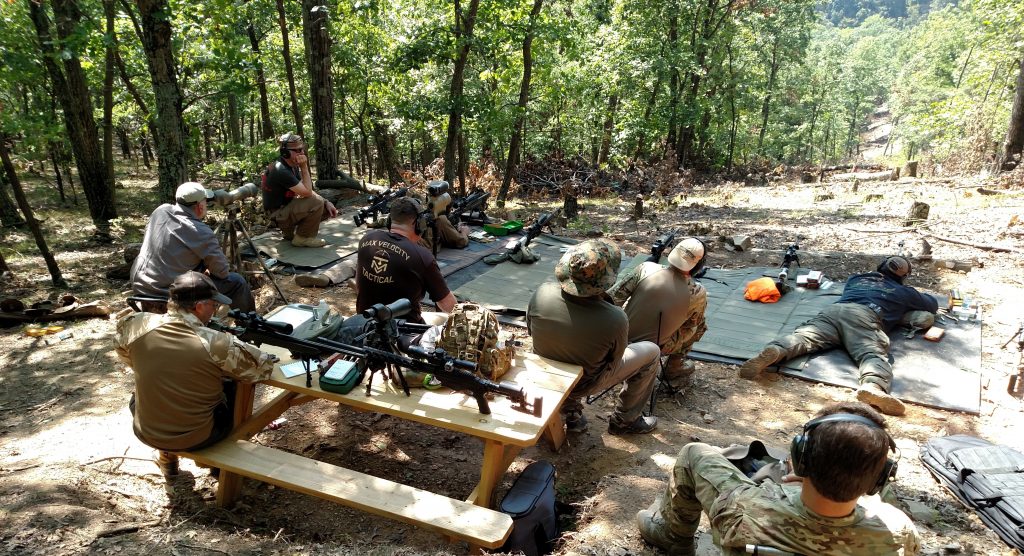 PS The 6.5 creedmore is a perfect caliber for a new precision rifle shooter, combining great ballistics with manageable recoil. I’m really glad I was using this caliber for my first long range rifle. 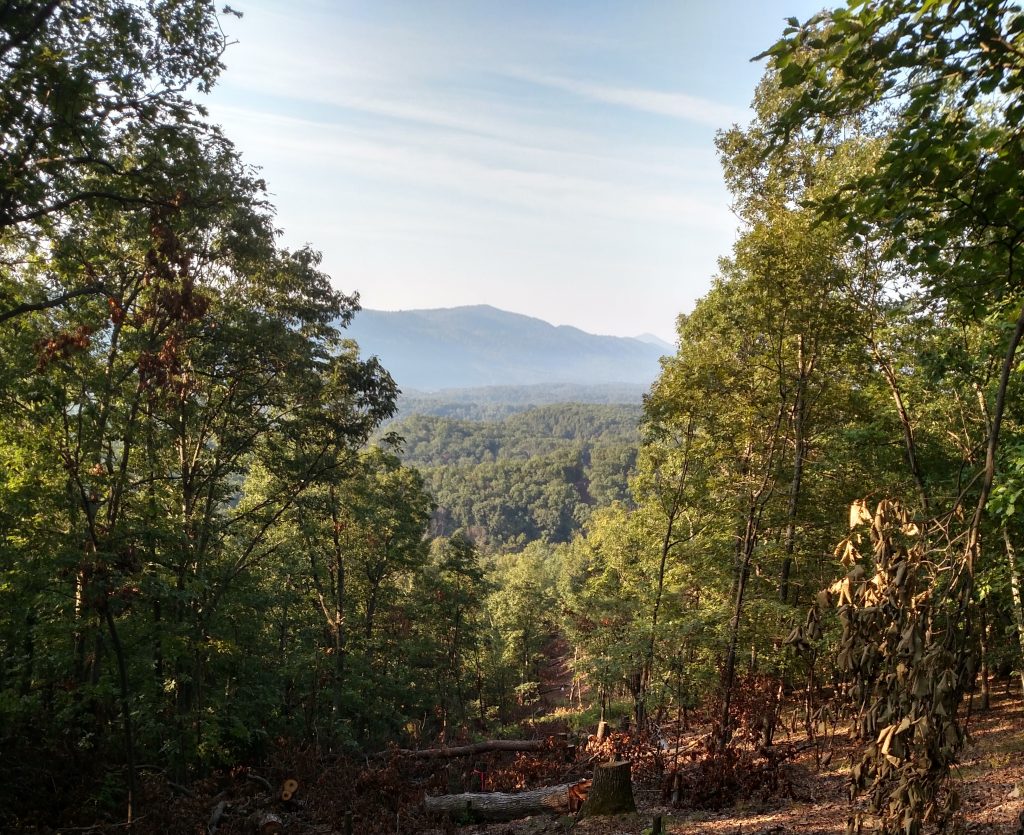