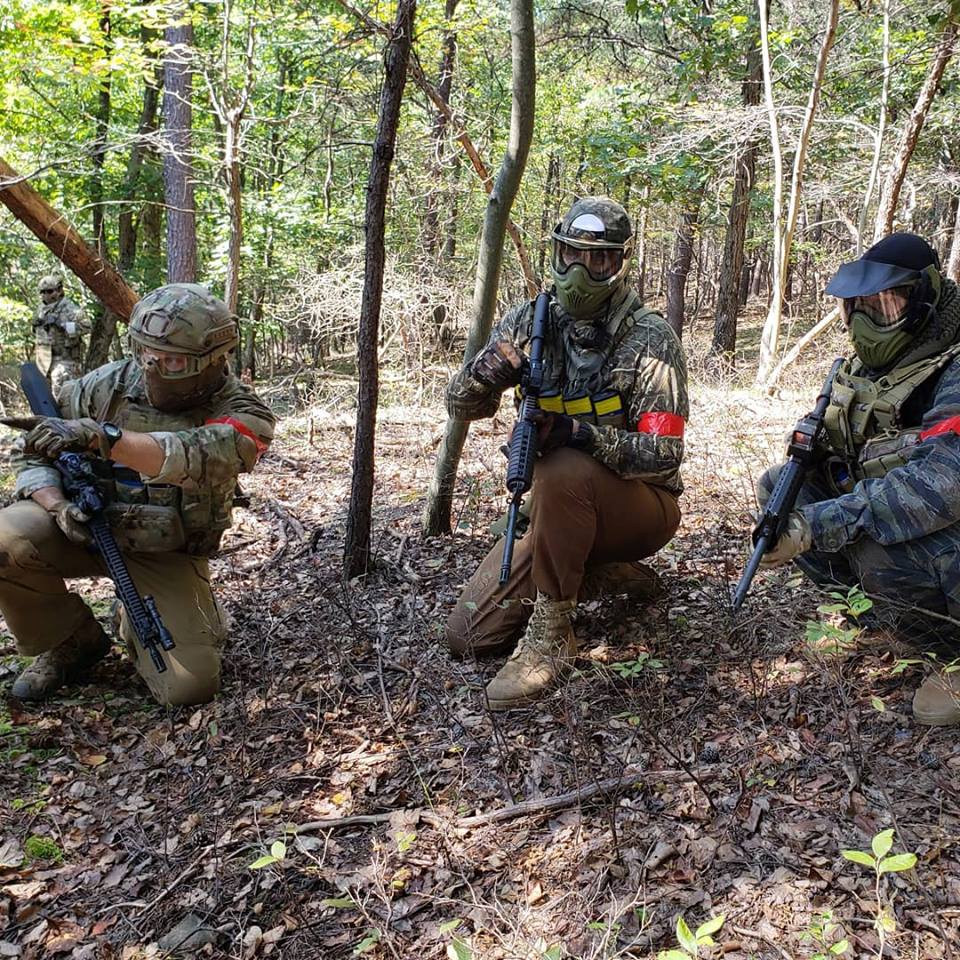 Above: Command Group led by alumni squad leader plans the next move

We just attended a 2 day force on force corporate event at MVT. There were a total of 18 guys of which 2 were alumni of multiple classes. 6 of the students do not even own AR 15’s and had to borrow them. None of the 16 non-alumni members have had any sort of training with the AR-15. So to say the group was green is an understatement. However their results far exceeded everyone’s expectations.

The two alumni (myself and one other) acted as squad leaders for the majority of the exercises. We stepped down from that role midway through the second day. The teams were split into two 4 man teams with a team leader and assistant team leader. We rotated the team leader positions so each person was a team leader at least once. This allowed each person to lead a team. Thus resulting in a VP of a company leading a team one exercise followed by a 16 year old high school student leading the same team the next exercise. As many alumni will recognize, going from a team or squad leader to a rifleman is very hard to do; however each of these guys did so with ease.

We spent the first 2.5 hours of day 1 going through the admin, safety brief, and then rehearsals. The first exercise was to acclimatize the group to the force on force action by each squad walking, in a skirmish line, into the other squad’s line and just engaging them. This allowed the players to get use to firing their weapon at another human being and then moving in a real world setting. (Since the square ranges the players have previously attended do not allow you to move outside of your lane…) This was a real eye opener for most to realize that movement and cover is life; standing still, in the open, is a quick way to die. After that first “icebreaker” as we called it we went into the normal capture the flag scenarios for the rest of the day. A cookout was hosted onsite the first evening and everyone had a good time. Day 2 started with 2 attacks on the bunker hill area followed by more capture the flag exercises for the rest of the day.

Everyone was tired but in good spirits at the end of the second day. Many guys expressed a desire to come back and perform this training again. Some have since expressed interest into coming back for different classes. Many guys also stated going to a “regular” range would be very boring now…

At then end of the 2 day class here are some observations.

All in all this was a great team building experience. The camaraderie shared by all is unlike anything I’ve ever seen from any other “team building” I’ve been forced to go through. I would recommend this to other companies.

If you are interested in a Corporate Team Building event please Contact Us. This can be organized with airsim training rifles to avoid complications of supplying sufficient ARE-15’s etc. 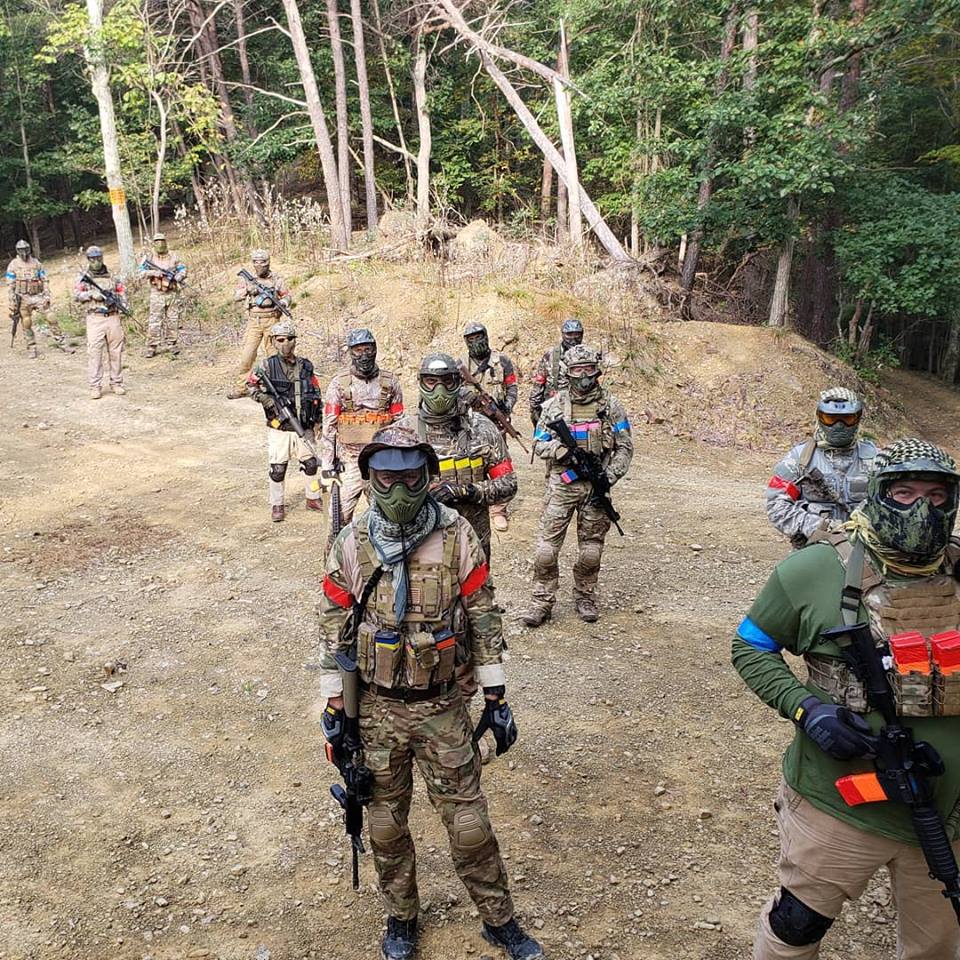 Above: Squad preparing to move off to attack ‘Hilltop.’ 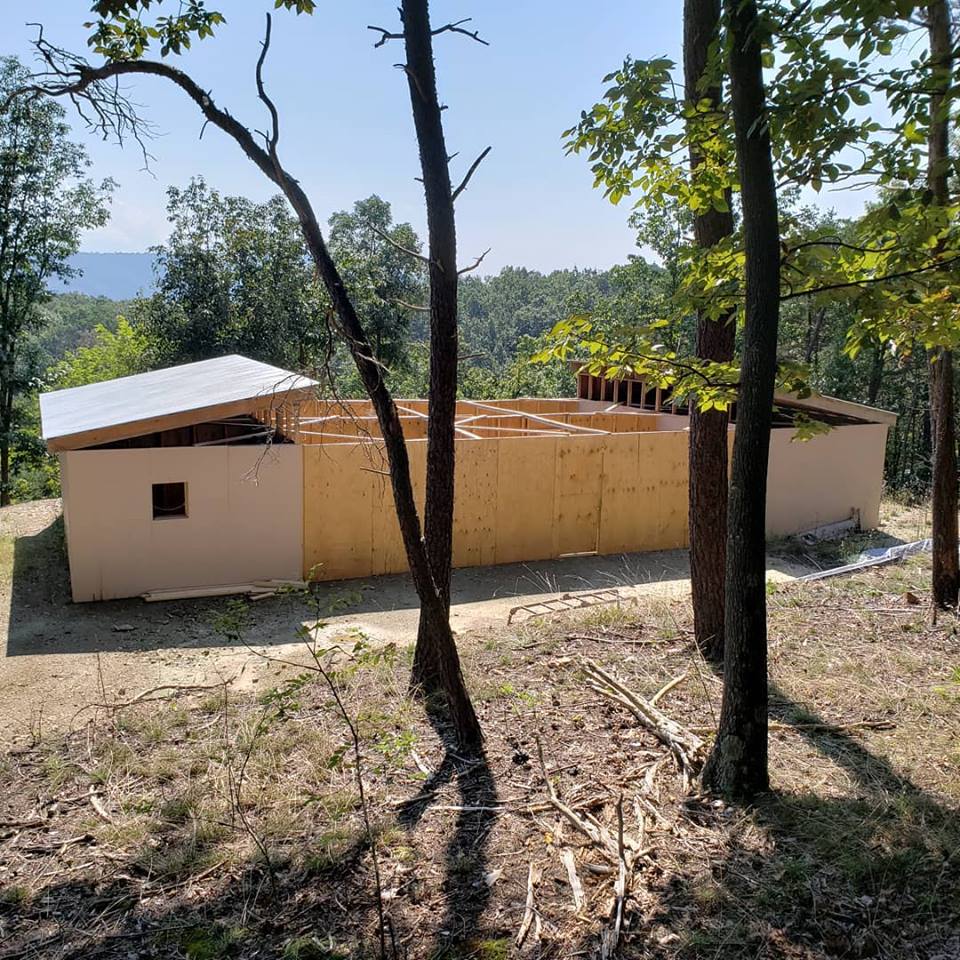 Above: Mega House prior to being attacked.