Quote of the Month

Many times, well meaning folks, alumni of MVT, write to me and chide me about a Blog post. They tell me that what I write is bad for business.

Why is this? Often, people read what are matter of fact, calmly written, blog posts as ‘rants.’ They are not. They also tell me that I am driving ‘customers’ away with what I write. This is mainly because I write the truth, in terms of it being the truth of tactical training. I tell people that they need to train, I tell them that they need to do PT – and they get offended because they think I am telling them that they are fat; that I am personally insulting them. I tell people that their ‘militia’ or whatever group is a poorly trained shit-show, etc.

The problem is that I speak the truth, as I see it, and I offer solutions: advice and training on how to fix it. Because why? Because here at MVT we actually care about you getting the training right, and adequately preparing, in order to “keep good folks alive.” We are not here to coddle you, feed you Krispy Kreme’s, and tell you it will all be OK. Depending on a reader’s mindset, they will either take that advice and do something constructive with it, or they will allow their ego to interfere, and choose to perceive the advice as insulting when run past their own perceptions and fears.

Here is a quote about the reality of MVT training, the quality of it (not the quote of the month, which is below):

“This is bar none the best tactical training American citizens can receive before actually defending themselves in combat.  It is far superior to the training that the vast majority of combat arms personnel and tactical LEO’s receive before going into the fray.  Many of these lessons were learned the hard way, but through MVT can be passed on so that the next warrior will stand victorious.  You simply cannot get in a month with the conventional forces, what you get in one weekend at the Velocity Training Center.  This is what Small Unit Tactics always should have been.”

In a post yesterday (‘Video Analysis: ISIS vs. Peshmerga: Combat Reality‘) I wrote the following:

For untrained Americans, why do you think you would do any better? Change the language of the video and you could have Billy Bob chastising Cletus for nearly blowing his head off with the RPG back blast….

As a result,  I received a well meaning email from a friend (not a hater) worried that what I had said would be misunderstood, and that Americans would be pissed that I was comparing them to ISIS, and that it was not good business practice to turn people off MVT like that. I edited the post to add the quote below and sought feedback on the blog and forum:

Edit: I got an email reference the above statement, upset that I was equating ISIS with Americans. That really wasn’t the fucking point. The point is that untrained is untrained, whatever the language. i.e. you may think its comical to see ISIS dying in disarray, but if you are an untrained cluster, it won’t be comical when you die in a similar fashion. But, who else feels that way? If it’s out of line, if I touched a nerve, I’ll take it out. I do hope, however, that the point is seen.

The problem here is that in the soft ‘safe space’ place that America has become, MVT is not a good business for business. What we do is not good business. We are in the game of real training and hard truths. I am sure we could go the way of many schools and roll out easy BS training for the masses, make them feel adequately prepared, and sit back and count the cash. But that is not what MVT is.

MVT is bad for business.

But we are not going to change. We will be at the forefront of real combat proven tactical training for the armed citizen. I am unapologetic.

Now, to the point of the post and the actual quote of the day. On the forum, I received the below quote from Thomas, who is an alumni and retired Army Officer. (We get a lot of that – retired or off duty military types coming for the training). He was responding to my question about my post being over the line:

Most people, whether American or something else, play army. They imitate what they see in movies and bad internet videos. The world is filled with DKWYDK (Don’t Know What You Don’t Know). Maybe the entire universe.

People see the pictures, buy the gear, and BOOM, they are soldiers. There is no difference in IS or any other group. The IS guys are the militia but less well fed.

Your alumni wanted something more. That is why they came to you and not to some other trainer. Not everyone wants what you offer. They may make excuses about it like you are harsh, or you criticize their fitness level, but none of that matters. They don’t come to MVT for the same reason guys don’t make it through specialty training like selection. They quit in their minds and find excuses to justify their failure.

Your training is as close to military training as I have ever seen outside the gates of Fort Hardcore. Your training exposes play acting for what is. Don’t sweat it. Continue to feed the hungry and you will continue to make a difference.

So there you have it. MVT is the real deal, for those who want the real deal training. We have a solid body of students and alumni who are the meat eaters, the ones who are serious about becoming truly dangerous to their enemies, about being able to make a difference in defending their family and group. Those are the ones, the true Americans, for which MVT training exists. These are the ones who understand you are not entitled to survive, you are not entitled to victory, you have to fight hard and earn it. Those that want to whine about it, will never come to training anyway.

(This was not a rant, I am  perfectly calm, thank you. Yes, you need to get out and do more PT. You need to train more. Your readiness level sucks – fix it).

That being said, MVT is not an unfriendly place. There are plenty of Student Reviews to attest to that. We are not playing the Drill Sergeant. We are simply deadly serious about training you right, and will put you under simulated stress for battle inoculation purposes at various times during the training. 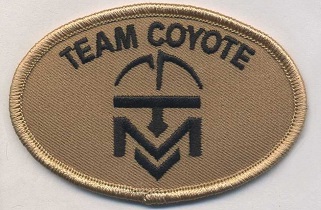