A few notes/ thoughts on legitimacy for you today, both at your group/team/individual level, and also as it concerns the Liberty movement itself.

As regards the Liberty movement, consider these points:

It’s all so simple, it’s a little ridiculous, but people insist on going down the rabbit holes of arguing current ‘law’ which in itself is most often ‘no law’ as regards the Constitution. It is mostly unlawful administrative ‘law’ and regulation.

Just ignore them and proceed as per the law of the land. Ignore the left, to hell with them, they are suffering from a mental disorder, an intended brainwashing, a new cult of social marxism that is akin to the cult of Islam. It’s just another bunch of nut-jobs trying to force their ideals on those who would be free.

I have commented a lot recently about the Malheur situation. To look at it simply in terms of legitimacy, it appears to me to be a peaceful protest. Please do not make the mistake of conflating ‘armed protest’ with protesters who are lawfully armed (something you believe in, right?). It is not a tactical situation, and shows an amount of courage for the protesters to have taken themselves to an isolated place where innocents are not at risk, where they could in fact be easily overwhelmed by a  tactical operation. It is, simply, not an armed stand but a Constitutional protest.

It appears that the longer this goes on, and as the hysteria, including the hysteria from the Liberty community, dies down, that legitimacy is increasing and a good public message is starting to come out. Ammon Bundy appears to the camera to be a reasonable and articulate man. It has been reported that there are a number of ‘unsavory’ characters with him at the refuge. Is this true? Is a lot of it due to Patriot infighting and blowback from the Bundy Ranch situation and infighting? The bottom line is that those that are there are there, and they are the ones that are there. If you think better people should be protesting for Liberty, why don’t you make it happen?

I’ll ask this, for those who like to equate this to the pre-revolutionary period (I don’t – who needs  revolution, we already have our Constitution, how about a simple reset and restoration of the law?): What kind of people were in the Sons of Liberty? Were they all savory and beyond reproach, getting it right all the time? I have not seen an attempt to get the FBI to fire on the protesters, in the way that the Sons of Liberty did, and as John Adams defended the British Redcoats at the Boston Massacre trial? Think on that.

I was going to comment on the admirable restraint and posture shown by the FBI. I may have to revise that after reports where the Burns Fire Chief has resigned after issues with the local Judge, and after finding out that undercover FBI agents were posing as ‘militia’ in town and trying to stir up trouble. We do not want a bloodbath, and it appears that the protesters will not cause one, and it appears that the FBI was not going to cause one, but that is now in doubt if they are acting as agent provocateurs in town – if true.

KrisAnne Hall on the law as it pertains to the Malheur/BLM situation:

Burns Fire Chief statement (the part on the FBI at around 10 minutes). Make your own judgments:

Thus, it appears to me that with the exception of some question marks over some of the people at the Malheur refuge, the protesters are doing rather well in terms of legitimacy, particularly when dirty tricks are starting to emerge into the light of day. The left will howl. The left always howls. To hell with them.

Moving on to some comments about personal and group legitimacy. 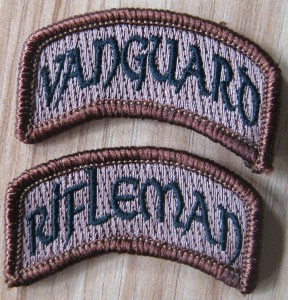 To conclude, the Liberty movement has all the legitimacy it needs, as codified in the US Constitution. The howls of the left and the protests of government unlawful overreach need to be ignored. Operate legally as the law of the land allows. In terms of personal and group legitimacy, there needs to be a lot more training done, and personal example set, based around a professional rational outlook that allows no conspiracy, fear or paranoia. To lead, you must look rationally and calmly at events, and make decisions based on sound judgment.

As a leader, be prepared to be led by other sound leaders when appropriate. Leader or led, don’t let your ego turn it into a cluster.