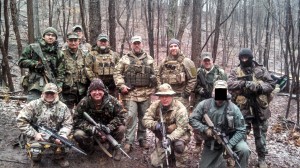 I have updated the gear list for Combat Rifle/Contact Drills (CRCD) (which applies to all other classes as well). The change is to reflect a new policy for battle rifles. I simply hope the wording nails it:

1) Due to the nature of the tactical training that we do, you must be able to carry a number of spare magazines. The magazines must have a minimum of 20 round capacity.

2) Rifles that are loaded by clips, into non-detachable magazines, are not acceptable on the class.

3) .22 LR is acceptable, if you want to bring a  conversion. I’m not the biggest fan of it for training, but I can live with it. The reason the Ruger 22 was banned was mainly due to the unreliability of the 30 round  after-market magazines that are used. The only two people who brought the Ruger with these magazines, had the same problem of total unreliability, stoppages with almost every round fired. Thus, if you bring .22 LR, ensure that the magazines you use for the rifle, or the conversion, are reliable and you have multiple of them.

4) I use the AR/AK platforms as good examples of battle rifles, but of course they do not cover all the options. Ensure that the rifle that you do bring, with the 20 or 30 round detachable magazines, has a safety that is operable by the thumb or finger of the firing hand. The safety on the AK should be modified accordingly, to operate with the finger. The safety on the AR is ideal, and can be modified for thumb use by left-handed firers.

5) The reason for the safety catch stipulation is that the safety is applied at all times when moving, and thus needs to be taken off when reacting to a contact, and re-applied when moving.

6) Bottom line, your battle rifle, or ‘weapon’ as I like to call it, should be a scary looking, pistol-gripped, tricked out, camouflage painted, figment of a statists nightmare. A weapon is for killing people, simple.

If you are questioning the specifics of these requirements, or thinking of bringing something crazy to class, please just check with me in advance. I usually assume students are going to bring something like an AR/AK or similar. When they don’t it catches me unawares.