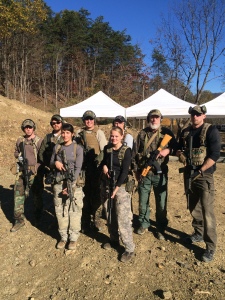 We recently re-titled some of the classes to better reflect what they are about:

On the website, the training is split into Tactical Training Classes and Combat Shooting Classes.

Tactical Training Classes are mainly based out on the tactical ranges, but some include time on the square ranges. For example, the first day of CTT (the old CRCD) is on the square ranges. Tactical training classes use the crawl – walk – run methodology to progress up to team level, whether that is 4 man teams or 8 – 12 man squads. Class dependent: For example Combat Patrol is focused at squad level (8 – 12 Students).

Combat Shooting Classes are primarily based on the square ranges. However, they do involve movement and dynamic training. They primarily focus at the individual skill level and involve some buddy movement.

The only class with a prerequisite at this time is Combat Patrol (CP). The prerequisite is Combat Team Tactics (CTT). These classes are designed to follow on from each other, which is why they work as the 6 day Combined Class.

There is a training progression available, should you wish to take advantage of it. This involves taking one or more of the Combat Shooting Classes followed by the Tactical Classes.

The progression would be:

We have had many students come back and do CR after they have already completed CTT, sometimes more than one time (CR was not available when they did CTT). These decisions are  based on a sound assessment of the need to build a strong foundation.  The Friday, or day 1, of CTT is based on the square range and is designed as a safety and weapons manipulation day, to improve the student’s experience on the remainder of the tactical class. Some, however, really benefit from a Combat Rifle weekend before attempting CTT. 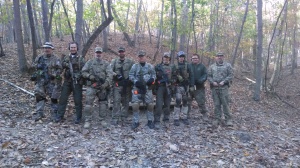 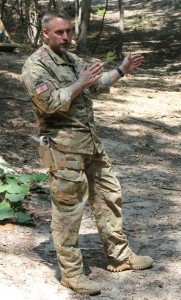