I updated the Combat Team Tactics page with a little on the electronic pop-up targets that we use. Here is an extract:

This video shows the PT 61-A electronic pop-up targets that are used on the tactical ranges:

The targets used in the two video clips above, which are dated, are the two dimensional Ivan backers, whcih had Ivan facers stapled on, that had wilted with the rain. I now use the three dimensional plastic targets as shown below:

Below: IVAN 3-D target as used currently used at MVT. Attached to the PT 61-A, laying in a target pit ready to go. 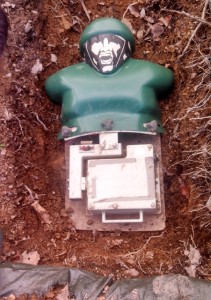 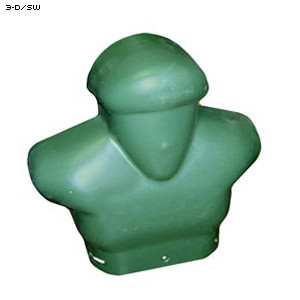 When I get a chance, I’ll get some video of the targets in action, falling when hit and some round strike.