I have not been active posting on the blog recently, with the exception of the two Warrior Mindset articles. Other than getting the VTC ready for the upcoming HEAT classes this year, and getting ready for Texas next week, I have been mainly busy writing the MVT Tactical Manual (TM).

This has been a long time coming and work on it stalled mainly due to the number of mobile classes I was running in 2017. However, I am working on it fairly consistently now and hope to have it done within a couple of months.

The TM has changed in concept since it was conceived. Initially, it was designed to be a handbook, an ‘aide memoire’ of the type the military uses, where it consists mainly of lists and headings in order to recall processes and mission briefs. Thus it was only ever going to be useful to anyone who had already received training – and the original idea came from my student mission brief (orders process) handout for the Combat Leader Course.

However, I have been unable to stop myself and now it has become a full manual, which includes the items mentioned above, but is a full tactical manual. There is no mention of prepping in it, so it is not ‘Contact!’ and goes into more depth on the tactical side – it does not repeat ‘Contact!’, but of course covers some of the same topics. Thus, it will be useful for any special operations, light infantry, or paramilitary organization that uses small unit tactics.

This TM is designed to support training and operations primarily for tactical elements no larger than platoon strength. Accordingly, the TM focuses on squad and team operations. It does not focus on support weapon systems, but rather on tactical principles utilizing direct fire small arms weapons. Organizations with heavier support and indirect fire weapon systems will incorporate those in line with the tactical principles. This TM by itself will not act as a substitute for effective team training. It is designed to support training and subsequent operational activities.

No, it is not the Ranger Handbook, which I find very prescriptive. There is a depth of knowledge that I am putting in the TM which will give alternatives and principles, different ways to do things. Flexibility. No doubt I will be told by the internet that I have not idea about tactics, because it is not what the Ranger Handbook says to do. LOL. I am used to that now. HaHa.

What I may do, is once I publish the TM, I may work on that handbook, which would be designed to support the TM as a pocket sized publication, which would have none of the meat / detail but remind leaders on tactical tasks and mission briefs. A leaders tactical handbook, if you will, for operations and training. 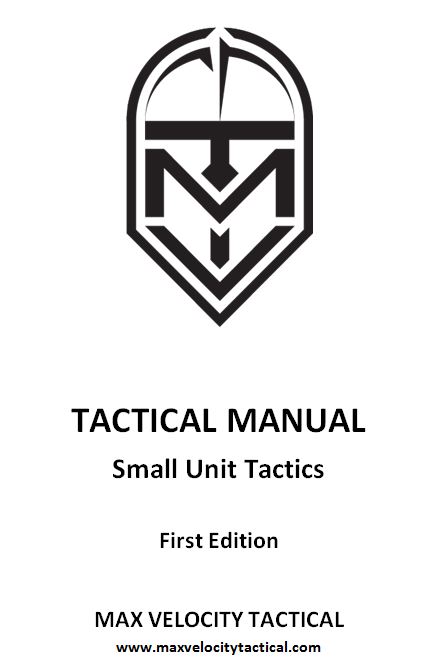