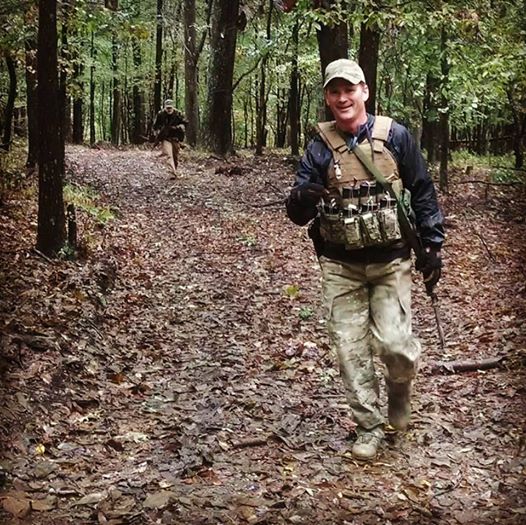 Wow, it was super awesome!!…. I nearly puked on the first hill.  It was very tough.  I ran with 26 pounds of gear, which did not include rifle, 6 mags, pistol and pistol mag… so maybe 35 pounds total.  I was the slowest runner (walker…)  my time was 1 hour 35 minutes and the fastest guy.. Jon who is in his 50s and runs all the time completed it in 47 minutes….he is a gazelle.    It was an awesome course, across creek beds, and logs… great fun.  I was smoked though.  It was raining so my glasses were super fogged…

Takeaways for me:   run more… like every other day, with cross training (biking on alternate days) buy Max’s training plan….

Wear less on the run… I wore a lite rain jacket and overheated myself (even though 1st Sgt had said to wear less clothes).  Whatever 1st Sgt says, just do it…

Put antifog on glasses beforehand.   Practice running with ear plugs in…. as with earplugs in I sounded like I was huffing more than I really was… or don’t wear gloves and put the ear pro in just before you get to the shooting stage. 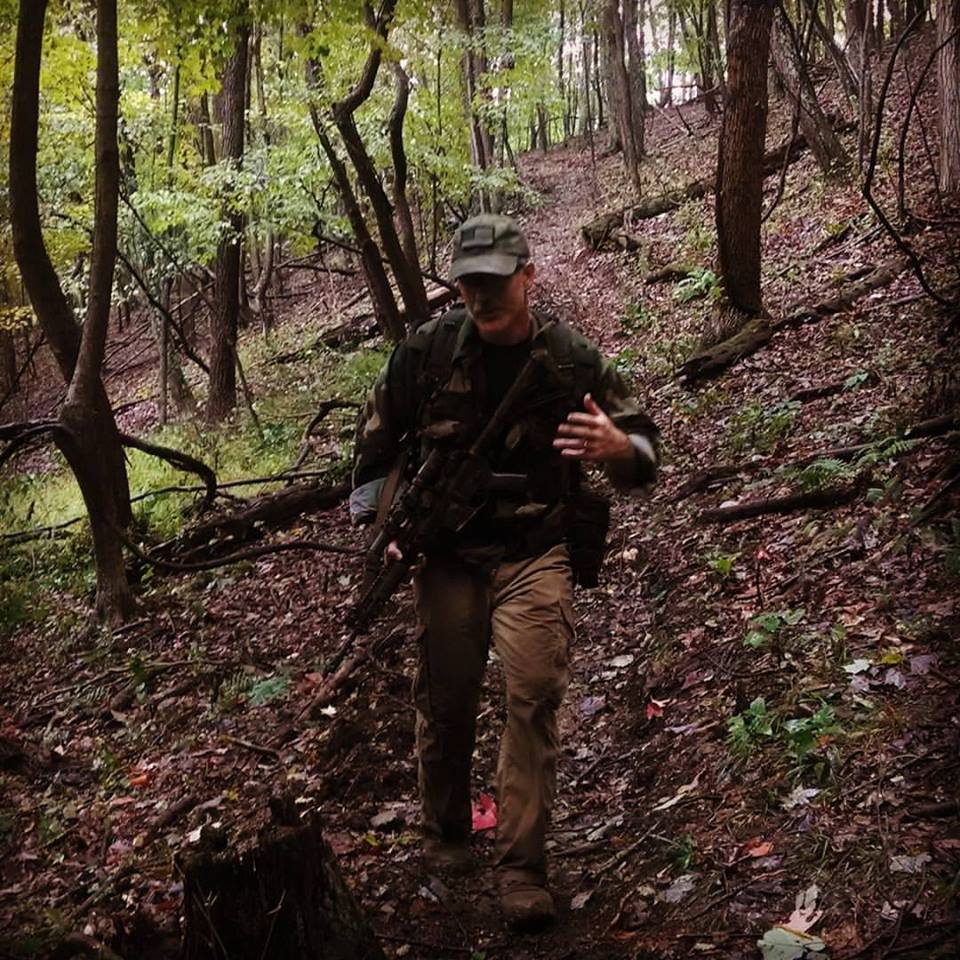 I would like to get some elastic cummerbund straps for my plate carrier as it was constricting my chest and making it harder to breath.  I would run (walk briskly) and hold the carrier away from my chest to try to catch my breath…

Remember your target number and only shoot at yours… in my exhausted and fogged state… I started shooting at target number 5 instead of number 7,  before Max gently corrected me…”What FRICKEN target are you shooting at!!!???”   (sorry number 5 for the extra bull’s eyes…) 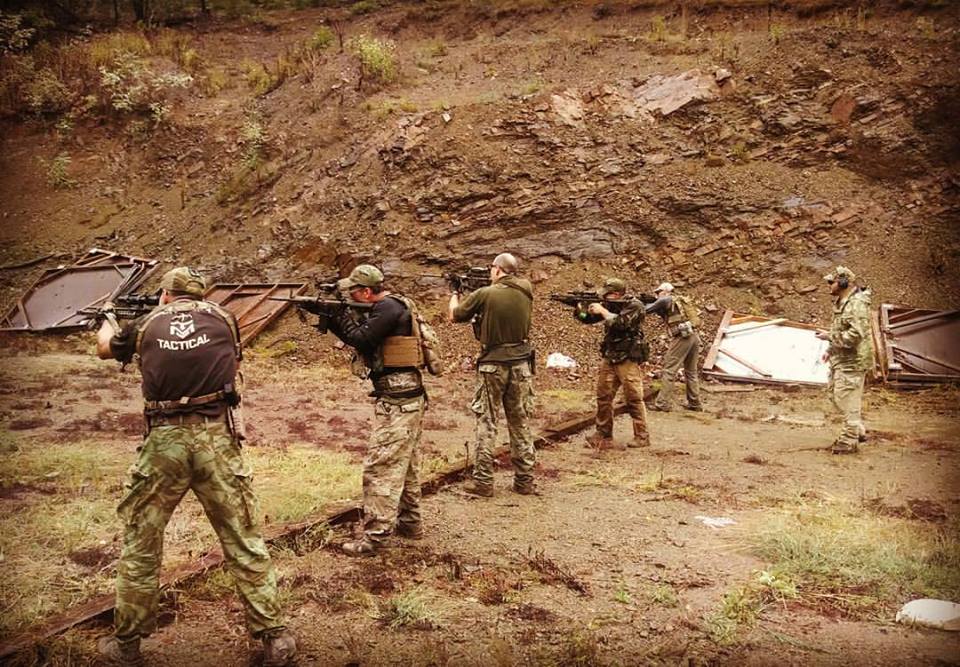 Why I was nervous about participating:  I am not a super runner, (yet) and I did not want to embarrass myself by being the slowest on the course… Well after everyone else left me in the dust, I was pretty much on my own, and it got me thinking, “What if this was for real?  What if I was I was out patrolling two miles from my house, and I hear the bad guys shooting up my place, and I had to run back to rescue my son?”   That fired me up and gave me a burst of energy.  After all this was a “best effort” event and if I was doing my best, then I will be satisfied.

It was a great run and I am glad I completed it.  It was eye opening to how much more training I need to do to get into better shape…I can always improve.

Note: It is a 4 mile route over challenging terrain. There is shoot station at the midway point, included in the time. At the end of the run, after times are taken, the final shoot is completed in groups. It simulates an attack, in a very flat range fashion. More info HERE. 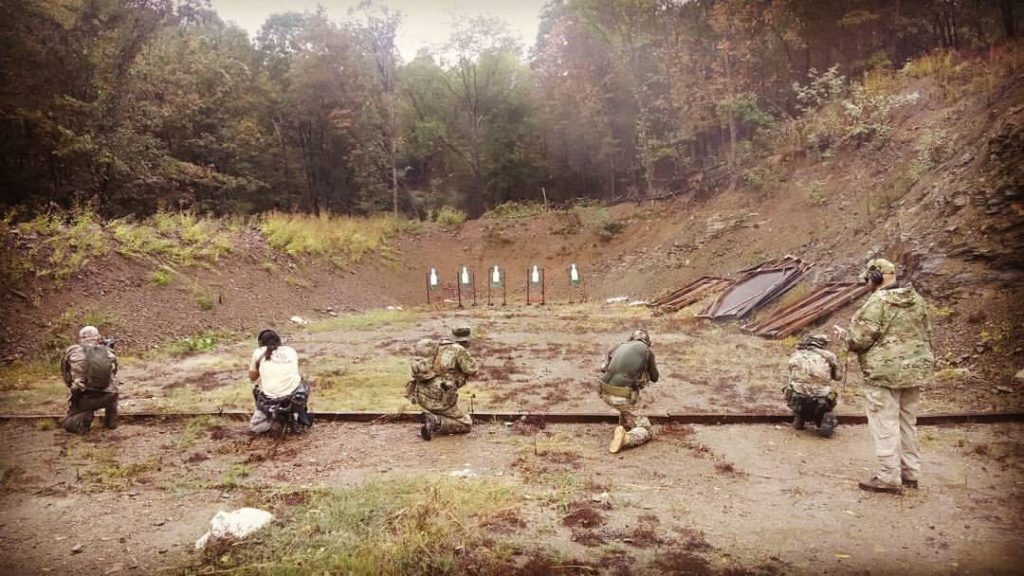 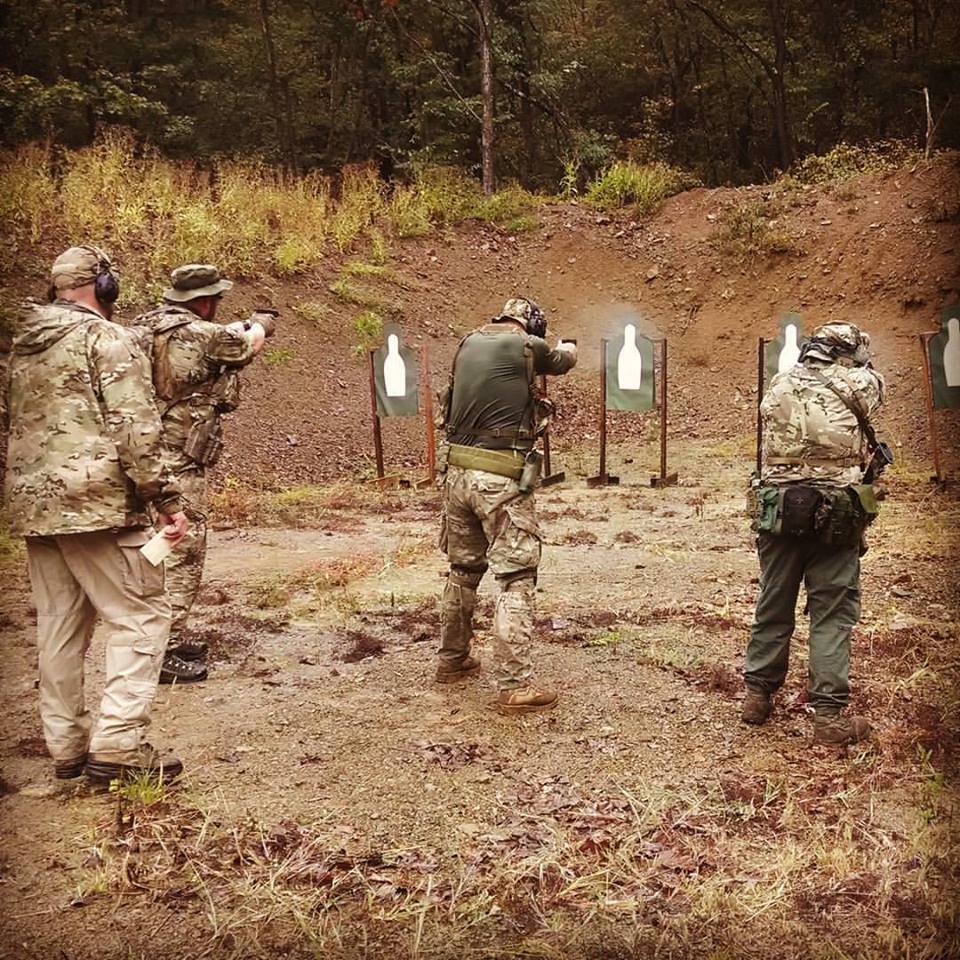