I wrote a post titled ‘More Detail on Rucking Fitness’ which ended up devolving into a series of personal experiences on UKSF selection. Given the interest in that post and the general interest in the topic of ‘rucking’ and fitness it was suggested that a more objective look at these standards and techniques would be useful: ‘Max on how to ruck like the SAS’.
This is intended to be an interest piece, providing perspective and perhaps useful tips, rather than as a standard that you should be setting for yourself. In fact, I launched into my stories on selection having first intended to demonstrate that the actual required pace is a lot slower that you may think, in opposition to many of the super-soldier claims out there to, for example, have been  rucking at super-fast paces carrying huge amounts of weight. The point was to interject some realism into the discussion.
‘SAS Selection’ is now UKSF selection that is a joint course for access to the UKSF community. To put it in perspective the ‘Delta Force’ selection course was modeled on SAS selection. The gateway is the initial selection course otherwise known as ‘the hills’ or ‘aptitude’ that lasts for around five weeks. After that units diverge on their own continuation training per their specific role.
The point of UKSF selection is to stress you to beyond what you would normally physically be able to handle, to test your mental determination. Unless you are a natural super-athlete, you will by default be exhausted and most likely injured to varying degrees by the end of the course. For the SAS, this is the beginning of a process of continuation training: the hills phase is followed by a period of training at Hereford, to include officers week for officer candidates. Then comes jungle training (small unit tactics) and the rest of the required courses such as escape and evasion and parachute training.
Once a SAS soldier is ‘badged’ on completion of the whole process they will go to a Squadron. Each squadron is divided into four ‘troops’ that have a specialty related to insertion methods: Air troop (skydiving, HALO, HAHO etc.), Mountain troop, Boat troop, Mobility troop (vehicles and heavier weapons). The counter terrorism role that the SAS became so famous for in the 1982 Iranian Embassy siege is rotated across the squadrons with separate specialist training for that role.
The SBS, closest equivalent to the Navy SEALS, also go through UKSF selection, as does the SRR (Special Reconnaissance Regiment). The reserve components of the SAS, 21 and 23 SAS Regiments, also go through as well as L Detachment and no doubt other odds and sods.

UKSF Selection:
This is a roughly 5 week course. The weight for all ruck marches is 55 lbs dry plus weapon, water and food. The rifle is a decommissioned SLR (FN) that you have to free hand, you cannot sling it. You have to carry it correctly in both hands at all times, except when halted to do a navigation check or drink water etc. Unless things have changed, you were not allowed to use Camelbaks, I believe primarily due to to potential for sickness with candidates putting all sorts of energy stuff into them and getting sick if they were not cleaned. But mainly, I think it was because Camelbaks are too convenient! They also don’t translate well to the jungle, where canteens are better, particularly when you have to pop puri-tabs in them to decontaminate water to drink.
Navigation is purely with map and compass. The type of compass used is the orienteering type ‘Silva’ ones with the protractor combined with the compass. Pretty much every soldier in the Brit army has one of these as a personal purchase. The utility of these types of compass is without doubt. No one in their right mind would willingly use a prismatic (i.e. lensatic) compass and protractor for navigation – such equipment is reserved for things like artillery forward observation and such. The fascination in the US Army with the lensatic compass and protractor, as well as walking on azimuths and ignoring terrain association, still amazes me. I had little compass pouches sewn on the front of my windproof smock and jungle shirts, next to the zipper and the chest pockets, so that I could easily get the silva compass in and out on the go.
The course starts off on the Sunday with a ‘Combat Fitness Test’ (CFT) which is nominally the army standard of 8 miles in 2 hours. Except this is done on hills, so it is hard. If you pass that you go into a week of limited ruck marching, more based around runs with works stations where you have to do man-carries up hills etc. This is a hard week because it concludes on the Friday with the ‘Fan Dance’. This is another test, and in fact that first week is really just a gateway test for the rest of the course. The Fan Dance is up and over Pen-y-Fan (‘The Fan’) with a turn around point at 2 hours and back over. Its a timed test as a squad, dissolving into individuals fighting to make the pace. As with many of the squadded events, the initial pace is harsh but if you hang in there it slows down. I lost the DS (Directing Staff) for my squad as he went up the Fan like a jack rabbit. I caught him up on the way down and managed to stay with him for the way back over and down to the finish. The ‘run-aways’ are done on both the runs and also on the rucking events and are designed to get you to give up and quit. Similar techniques are used on Pre-Parachute selection (Pegasus Company) for airborne forces.

‘The Fan’
After that first week, you concentrate pretty much exclusively on ruck marches. You start off in larger groups and with some DS led marches. On the DS led marches work stations are thrown in as part of the route where you will be running around forestry blocks and scaling very steep hillsides under the eyes of the DS, both with and without your ruck. The idea is not only to both train and exhaust you, getting you up to the right physical standard, but also to brush up on navigation and pacing. The point here is that although there is a test week at the end of the course, the course itself is hard with tests along the way, and if you don’t make it you are off before test week.
One of the things about selection is that most people will not be ‘failed’, unless they don’t make the times on the marches. They will voluntary withdraw (VW). It’s a strange thing that this course does to you. Candidates who seem fit and indestructible will often just fade away. They VW, and mostly they will have an ironclad excuse for why it happened,  such as injury, but really you know that they just had enough and gave up. That’s why I have little time for the big loud-mouthed over-confident types that you see all the time around the place, particularly in law enforcement and the military. America seems to breed this over- confidence and arrogance in these types. I much prefer the quiet professional approach  and I look at these ‘tough guys’ and think to myself, “Really? I’d like to see you really get tested. What gives you the feeling that you should have a right to be so over-confident?” 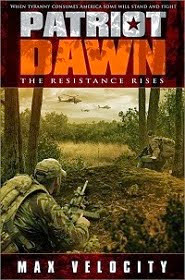