I had a good group for this last weekend’s training. I will update here with any AARs or photos that come in. I have evolved the training schedule for the weekend a little. I have to base the progress of the training on how the students respond to it over the course of the two days and I had a goal this weekend of doing at least an introduction to team flanking assault, in order to show this technique following the training in basic fire and movement tied in with break contact drills up to team (four person) level. 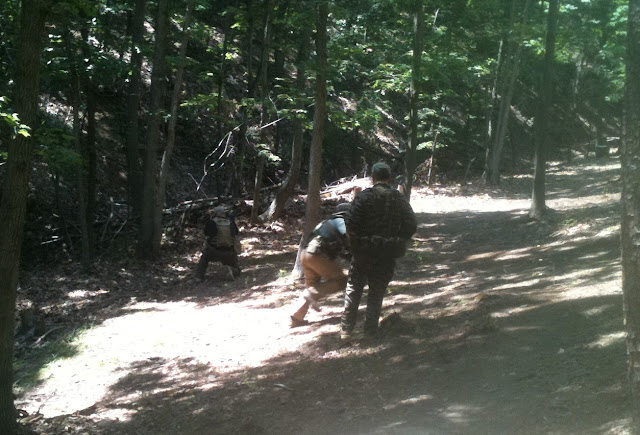 Day 1 – Buddy Pairs React to Contact
It is summer now and it was warm and humid. However, when training at my site you are working in the shade under the canopy of the trees. The lack of direct sunlight makes a large difference. You have the humidity, so it is a little reminiscent of jungle operations. It is certainly a massive improvement over being in direct sun on an open square range. I always ensure that I monitor the students, making sure they are staying hydrated, and incorporating frequent rest breaks/periods of instruction between practical live firing exercises.
———-

“Max, here are some pictures from my phone (location services off). Not as good in my opinion as the ones from your last training session, but best I could get. Please feel free to use the ones of your choice. Once again, thanks for the training session. It was exceptional.”
Mike, SC

———–
I am happy to say that we managed two iterations of the bunker assault, led by me as the ‘voice’ of the squad leader. “Bunker assault?! WTF?!” I hear you say. Well, the idea was to go through a drill that moved the students on from basic fire an movement to the greater use of cover/concealment and the use of a flank. Using such a technique, with a support by fire team in place followed by a move along a covered approach to an assault position, is applicable for situation with 1) enemy ‘in the open’ 2) enemy in a trench 3) enemy in a bunker 4) enemy in a building.
The bunker was to show assaulting onto a  position with, limited fields of fire, and also for fun!
Doing the bunker assault allowed the demonstration and participation in a more complex team maneuver/drill, including:
1) Reaction to enemy contact.
2) Location of the enemy
3) Suppress the enemy
4) Positioning of a support by fire element (in this case a buddy pair)
5) Use of smoke
6) Movement to a flank along a covered approach
7) Use of ‘intimate fire support’
8) Flank protection
9) Bunker assault drills (applicable to breaching a window, without the further clearance of a room)
The drills were led  by me and we used a four person team for each assault. Each man could theoretically be doubled up to create a squad sized element of two teams. But the drills and mechanics are the same, which was part of the point of this. 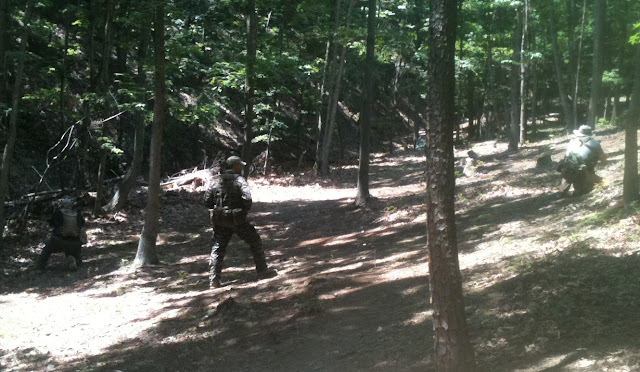 Day 1 – Buddy Pairs – Fire & Movement
“But how can assaulting a bunker be considered ‘tactical self-defense? What is the application of that?” I hear you say. Well, if you have a threat in a post-SHTF situation, you may be forced to take action to stop that threat. I’m not saying the enemy will be in a bunker but I am saying that if you have to eliminate a threat, and have to take offensive action (‘”offense is the best defense”) then knowing how to use a flank attack, using ground to move your assault team in a covered approach onto the enemy position, will greatly aide your chances of both success and survival.
See this POST for more on that.

I find that products designed for the airsoft market often have use as civilian obtainable equipment for tactical training. I purchased some smoke grenades from sportsmoke.com and they proved to be excellent, adding the the training when doing contact drills and the bunker assault.

More details on all these drills HERE 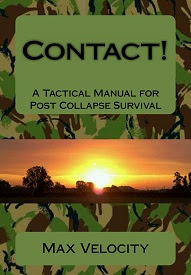 More Photos added below, sent in by Ben. 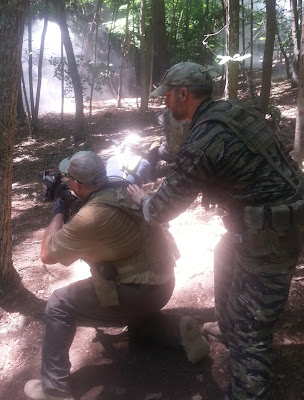 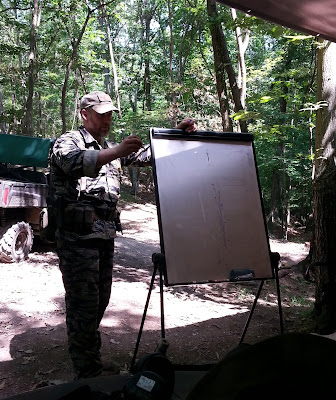 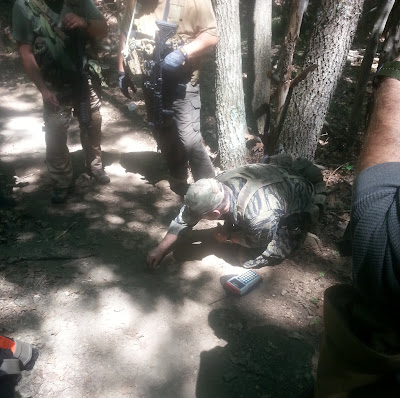 Revision on drills (Range 2) – explaining in the dirt 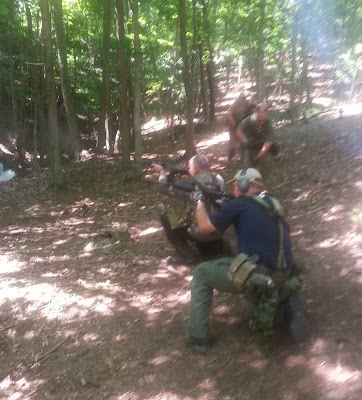 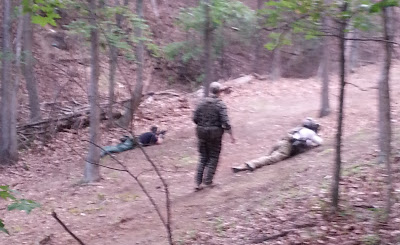 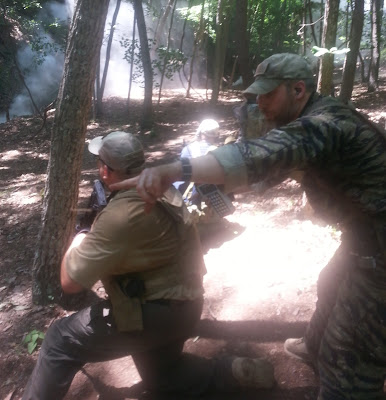 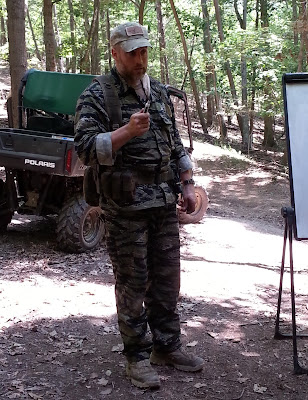