We recently had ‘Where do long range shooters fit in FreeFor SUT?‘ by Skittles, about the topic of the ‘Assault Scout’. Today, FormerSapper brings us the ‘Assault Pioneer’. As he says in the article, all these specialties require a grounding in small unit tactics.  You are a soldier first, then your specialty. That being said, I know numerous individuals who come to mind as perfect candidates, with the right background and skills, for such Assault Pioneer work: 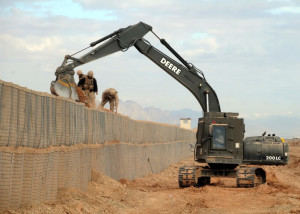 Hello, my name is FormerSapper and I’m here today to write a little about the assault pioneer on the battlefield, their uses, a few training recommendations and why I feel they’re just as important as an infantry soldier. How am I qualified to write this, you ask? Well I’m formerly of the British Army’s Territorial Army (Army Reserves) serving from 01 to 04 where I was a member of the Corp of Royal Engineers, I never deployed operationally. I will be the very first person to tell you that I am not an expert, I know what I know and what I don’t know I’ll never try to bluff my way though.

Now whilst pioneers are NOT combat engineers (they’re principally infantry soldiers) they do have pretty much the same job as combat engineers and are always expected to pull off most of the same miracles Wikipedia defines the assault pioneer as:

An Assault Pioneer is an infantry soldier who is responsible for:

Sounds pretty fucking cool, doesn’t it? Well for now we can forget about the second part, we don’t have legal access to explosives, land mines and last time I checked booby traps are highly illegal. What we can do however is adapt, where an active duty pioneer would use explosives to fall trees, we can use trucks, chains and chainsaws. Where the sapper would use explosives for mouseholing (in MOUT/OBUA/FISCH, mouseholing is creating holes in walls to move between houses) we can use sledge hammers and drills. See how that works? Adapt, improvise and overcome! 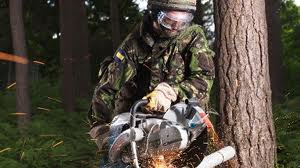 Training programme (I told you this shit is basic common sense):

So for the aspiring pioneer, I will recommend to you that you learn the following:

1. Knots, ropes and lines and the correct usage of ratchet straps and block and tackle. Seriously. You will find a lot of your work is either pulling something down or putting something up and all of which at some point will involve the use of rope (I advice against the use of steel wire rope unless you have specific training for it and experience, it is a fucking killer if too much tension is applied). I’ve been involved in the construction of an improvised crane using logs, rope and block and tackle to lower a pair of RIBs in to a harbour, believe me with enough dudes, logs and ropes anything is possible.

2. How to dig a hole and how to dig it very well. All jokes aside, a lot of your work will involve digging a position in be it for sanitation, mortar emplacements, heavy machine guns. The list is endless. See a little further below for a very brief description of the basic fighting position. 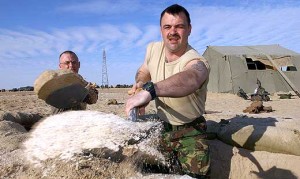 3. Forestry work. In lieu of explosives for pulling down trees and holes, a good chainsaw, axes, wedges or demolition hammers and a truck will suffice and may in fact give you a tactical advantage in that they’re significantly quieter than explosives (but you also a disadvantage in that they require prolonged usage to perform the same job)

4. Driving in difficult terrain and operating plant (diggers, fork lifts, pile drivers and correct use of compressors). During my basic training in the TA, plant features heavily in the last few days of the 2 week basic course, I see no reason why every potential pioneer shouldn’t know how at the very least to drive and use a small skid steer excavator. You need to be able to operate your vehicle where you are needed and do so effectively and safely for you and your team’s benefit. We all want to think we’re rally car drivers, the truth of the matter is the vast majority of us aren’t. There is no harm to be had from attending a defensive drivers training course or partnering up up with a cross country or rock crawling club

5. Learn how to work with intrusion (razor, barbed etc) wire safely. It’s pretty simple stuff to handle once you know how (the trick is not to over tension the line and this is the biggest reason I’m a PPE nazi) and I’m sure there is courses available to teach you the basics, if not if you have a rancher buddy I’m sure he’d be more than glad for the free help. Without going in to too much detail in this basic of posts there are type of fortifications that call for its use (although these fortifications will just get bangalored, hellfired from an Apache or MICLIC’d) and it’s something you’d benefit from knowing as opposed to not knowing (especially if your SHTF plan is to bug out to the forest). Having some available stores of some kind of wire, posts and the correct tools to assemble will not hurt in the long term either way.

5. Learn to use a zodiac and a canoe. A fair portion of combat engineering takes place on the water and having personal experience of this will not hurt you in the long term at all also means that you get to train and keep your family happy at the same time (win/win, 1 happy kid(s) and wife and you learn how zodiacs move, don’t forget PPE!) if you have access to a bigger vessel such as a RIB or even an inshore cruiser then you’re pretty much set. If you’re working on the water, get yourself a life preserver, you can get low profile green or black ones. Avail yourself of the use of them, keep a couple in with your zodiac kit and make sure the air bottle is in date.

On the basic level:

On the most basic level of your role as the pioneer will involve the digging and the supervision of the digging of basic defensive trenches and pits. As a rule of thumb, the very most basic and temporary fighting position you’re looking to dig is a rectangle shaped pit, as long as the tallest person in your buddy pair and as usually as deep as waist height if you have the time to dig it down that low but enough so that you’re flat to the ground is acceptable. If there’s a massive height parity between you and your buddy you will dig as to an agreeable compromise depth.

At the end on the front towards the enemy you will build a small berm for use as a rest for your weapon, if you’re going to be in place for a while, you may in addition want to dig a grenade sump which is exactly what it sounds like, it’s a small hole used to kick any thrown grenades in to.

When you’ve completed this, and you know you will be in position for more than hour or 2 you will then cover it with a poncho of some kind (such as the MVT thermal poncho!) this provides you a basic element of camouflage, keeps your equipment and weapons and most importantly yourself, dry.

This is accomplished either by using plant (in the case of a pre-determined location and provided you can get the plant in unnoticed) or by shovel, spade or e-tool (in the case of the impromptu fighting position).

Sounds like fun stuff, right? Well it can suck and it can be fun. I do however want to impart something on you that I wish I had listened to whilst I was in… USE YOUR FUCKING PPE. You, the FreeFor minuteman are a finite resource, I hate to seem like a whiney little bitch but its true. Helmets, glasses, gloves and knee pads are all replaceable, you, your eyes, fingers and legs are not.

I recommend that you must have at the very minimum a helmet, (MICH, ACH, K-pot and I hear the Brit Mk7 helmet is nice), clear oakley glasses in case of branch and rope ping backs and for running through the forest at night time if you lack NODs and a good set of gloves.

Remember that this role is SECONDARY to your infantry work, you are first and foremost a rifleman. You must be well versed in the tactics, skills and mindset that come from having had light infantry training, when you know this, the pioneer stuff will follow. You will know where to place a heavy weapons pit to slow down an advance on a bridge, you will see exactly where an abatis would be advantageous or where an enemy is likely to attempt to bridge across a river. So remember: rifleman first, pioneering second.

http://www.youtube.com/watch?v=CJz_fOgjLKM 5 knots and hitches for the engineer (this is a fun one to practice with your kids)

http://www.youtube.com/playlist?list=PLBA2D9F8DFAD05563 Sapper Lessons by the HossUSMC (This playlist contains everything a Pioneer would learn in the military pretty much bar the other skills that I mentioned such as boat work, knots and driving which you can do in your own time)