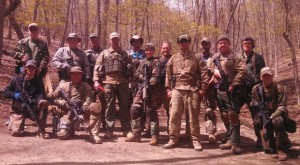 Just back in from CRCD 3/4 May. Another good class and I remembered to get some photos this time. 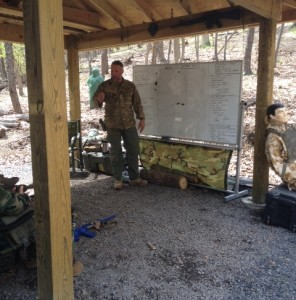 One buddy pair with a 67 year old and 23 year old working together (strangers).

The same 67 year old who was (another) Vietnam vet. Navy, door gunner Vietnam, shot down. Huey pilot Beirut, shot down and wounded.

The married couple who brought shortbread and sausage rolls (it’s a British thing), and thus won the weekend.

And of course H, who became ‘That Guy’ on Friday night (read the packet/directions and follow them anyone?) and managed to maintain the path of excellence throughout the weekend.

Example: Team break contact front. Fight back to the rally point. H: “I need to tactical reload.” Magazine clatters to the ground. Me to Aaron: “That was the least tactical  reload I have ever seen.” (Yes, you had to be there). And so I gave him a grenade on Sunday afternoon, and made him grenadier. @ ATF: no, it wasn’t a real grenade.

However, he learned a lot, didn’t complain about being ‘That Guy’ and actually did well in the end, which is the point. See you at CRM H! 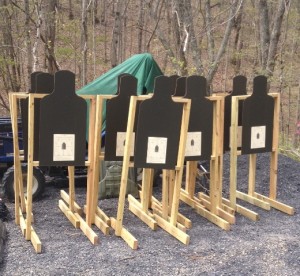 Above: New target frames with zero targets ready for the RMP Class on Friday afternoon.

There was a great response to Aaron as the instructor for RMP  on Friday, and as my AI on the CRCD Saturday/Sunday. 10 of the 12 students made it to Friday training, which was great because the new Friday training day was a relatively new addition. All agreed on the value of RMP. There was a lot of interest generated for the Combat Rifle Manipulation (CRM) classes that Aaron will be running on the new square range. The CRM classes will add a lot of value and can be taken prior to a CRCD or even after one or multiple CRCD’s have been attended. It will really add a lot of training value. I’m hoping for a few AARs from students this weekend extolling the virtue of the RMP and also Aaron’s instructional abilities.

Two places just came available on the May 31 CRCD because 2 students switched to the first CRM class which will be running concurrently that weekend.

(There are also 2 places available on the Combat Patrol class 24 – 26 May. CRCD is a prerequisite for this class). 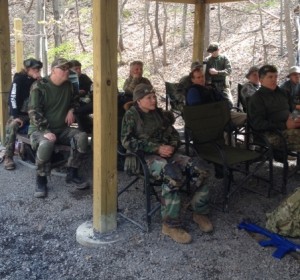 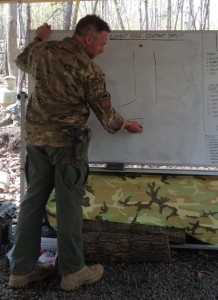