CQB & The Cover vs. Concealment Issue

There was a discussion sparked off by the posting of the following Video in the Combat Media section of the MVT Forum:

“Special Forces working with Afghan National Army. The first guy through the door is ANA. His weapon is hit and he turns and runs out the door (look for sparks when rounds hit his weapon). He is killed when he runs outside (this happens off camera). Insurgents inside the house shoot the ANA soldier through holes in the front of the building. The Special Forces soldier neutralizes the threat.”

In one of the comments I wrote the following:

I have used the video before as an example of tactical clearance, which is what he is doing and what we teach. He is doing it unsupported, which is not recommended, but may be applicable in a home defense situation. Tactical clearance can be done stealthily or hard and aggressive. Sort of like the difference between fire / movement and bounding overwatch. Some don’t get this, which is why they get hung up on modern construction materials.

It’s all tactical clearance, but the SF guy is flowing fast. The first Afghan enters, visually clears left them heads straight, where he is focused on the guy in the hallway who appears to be unarmed. The SF guy is following and clears near left. As he comes back out of the room, Afghan is engaged from far right doorway. According to video description the Afghan’s weapon is hit and he runs out, to be killed through one of the murder holes in the outside walls. SF guy engages from near left to far right. As he pushes out, he visually clears the hallway then moves across to the far right doorway. He then does a classic tactical clearance ‘pie’ of the doorway, engaging the threat as he gets a visual. He then enters and secures the room. That is fast aggressive tactical clearance, engaging threats rapidly from the doorway before making entry, rather than rushing in blind. Note that SF guy had ample opportunity to employ off shoulder or support side shooting, due to the right hand turn for a right hand shooter. He does not. Although we teach the techniques, I have commented that in a dynamic situation, without much time to think, you probably won’t.

This started a discussion about the cover / concealment provided by much construction in the United States. The bottom line is, that it cannot be assumed that any construction in structures in the US will give you any cover, it can only be assumed to be concealment. This is a simple fact, and is not really one that needs to be debated. Yes, there are objects within walls and in rooms that may stop rounds, but don’t bet on it, because a bit of drywall and insulation will stop nothing. You only have to watch any of the home improvement shows on TV, when they get to the ‘demo’ part, to see how vulnerable most walls are.

So the real point of this post is to address how this may affect CQB tactics, in particular the tactical clearance that we teach at MVT…………

Read the rest on the MVT Forum:  Forums › Tactics & Leadership › CQB and Urban

MVT currently offers an introduction to CQB techniques on the afternoon of the MVT Run n Gun, which is usually scheduled prior to Force on Force Team Tactics weekends. This is primarily designed as an add-on to the FoF TT weekend. In order to make the Run n Gun more accessible, and to give more of an opportunity to train CQB, we may consider adding a Saturday and Sunday option where the Run n Gun happens on the Saturday morning (not Friday) and then the remaining 1.5 days are given over the CQB training. Also, this would not be endless repetition of entry techniques, but on the second day it would evolve a little towards scenario training a little like the Force on Force Team tactics, but with the focus remaining on CQB – to include the total scenario of a CQB assault as listed above. Feedback welcome on this option. 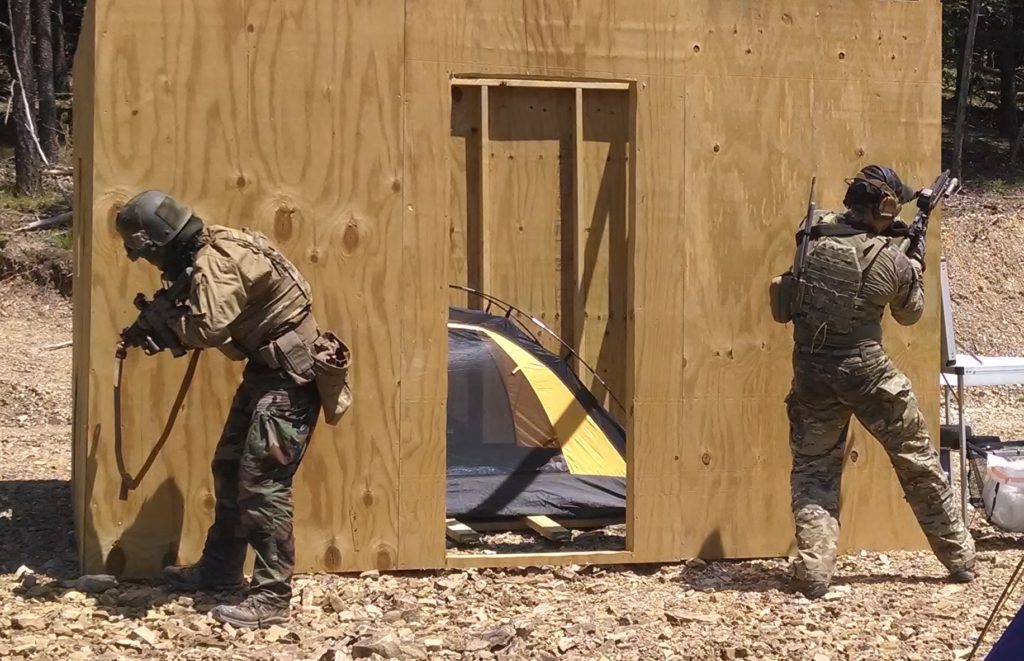