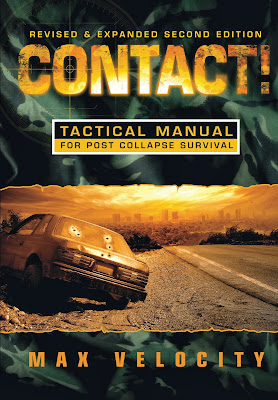 AVAILABLE NOW.
PAPERBACK
KINDLE (not so recommended for a manual like this, IMO)
I have added over 200 pages to the original book. The changes comprise of the following:
1) Added content: subject matter that I ‘forgot’ when I wrote the original. My exposure as a blogger and trainer has been useful in letting me know what I need to be putting out there; what people want and need to know.
2) Expanded areas, such as team contact drills, giving you the full detail on, for example, how we conduct team contact drills on my CRCD class.
3) The addition of numerous selected and edited blog posts, placed in the text at relevant points to illustrate and expand on the original subject matter.
Here is the back cover description, largely unchanged:
REVISED & EXPANDED SECOND EDITION
This manual is the result of a detailed consideration of a societal collapse and the civil shift and aftermath that would impact individuals and families who are intent on survival.
The purpose of this manual is to provide information to enhance the security, tactics, and survival skills of law-abiding citizens who are faced with civil disorder, lawlessness, violence, and physical threat in a post-collapse environment.
The information in this manual is derived from training and experience gained from service with special operations forces (SOF) and subsequent employment as a security contractor in Iraq and Afghanistan. It is a distillation of tactics, techniques and procedures (TTPs) adapted to the threat and environment anticipated in this type of scenario, in order to provide the knowledge needed to survive in a world turned upside down.
It is no longer just survival of the fittest but survival of those prepared.
The manual will take you from self-defense as an individual, team and family, and on to tactics, techniques, procedures and training that can be used by tactical teams that you may need to form in order to survive or to resist tyranny. In a serious post-event scenario, one of total collapse with several months or years before recovery, families, groups and communities may be forced to create such tactical defense forces to protect personnel, loved ones and resources against hostile forces.
There is something in this manual for both the tactical newbie and the military veteran.
The big ‘open secret’ about CONTACT is that it contains all the tactical and light infantry information that you need to fight tyranny; to wage unconventional warfare against enemies ‘foreign or domestic’, not simply surviving against threats in an SHTF world.  In this second edition I still skirt around the issue a little, putting the information in there but making it also a ‘prepper’ book. Reason: I want the tactical information out there for those who need it, but I don’t want to scare off the preppers, who also need this information, even if they don’t know it yet.
Also, don’t forget PATRIOT DAWN, which is designed as a companion book to CONTACT: it is a scenario based novel illustrating the tactics described in CONTACT within a fast paced near future scenario. If you are training your team, this book will illustrate scenarios to them, the application of tactics, and give you a good starting point for training discussions.
PATRIOT DAWN: Paperback
PATRIOT DAWN: Kindle 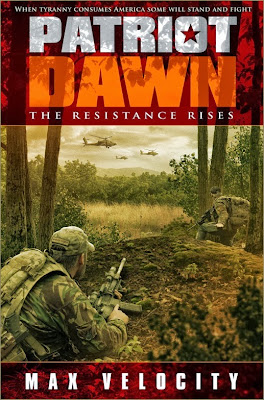