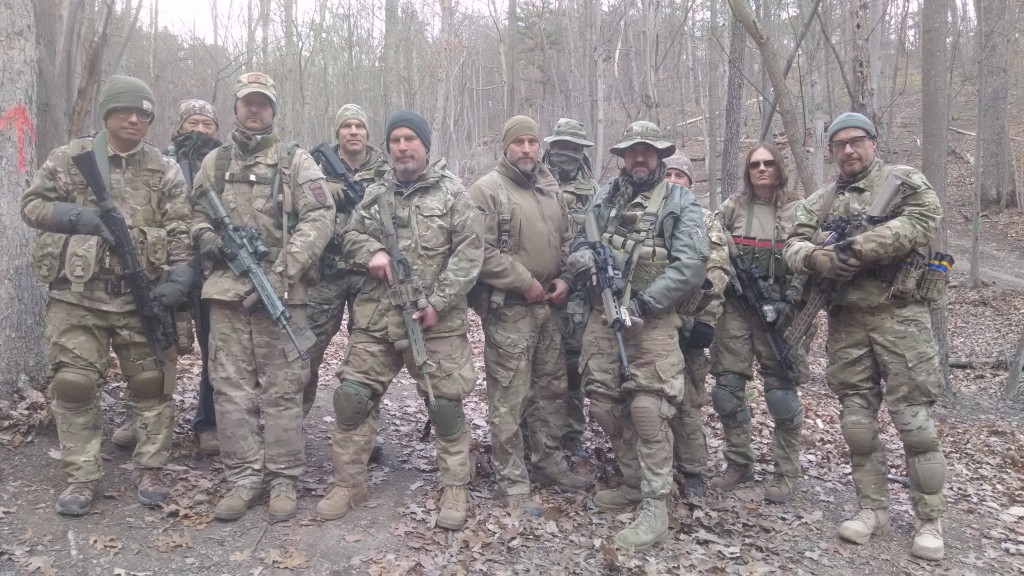 This was a class that, after some rescheduling and injury shenanigans, I was worried about. But in the end, it ran with 10 students and was a really great class.

After the class AAR, I ran the new class schedule past the students. This has been driven by several factors, but mainly the fact that I will be running Combat Patrol as part of several remote classes that I have coming up in 2016, including in Texas. In fact it was the desire to be able to use my pop-up targets at remote classes that had me order the steel target shields that I have coming in, to allow me to do that (having the pop-ups is much better for live ambushes etc). I have since reorganized the POI and amended the web page for Combat Patrol.

The new class structure is not amazingly different from the old, and it will cover the same material, but it will allow me to dedicate a whole night to an ambush operation, including the route out, lay up, route out to the ORP, conduct of the ambush and initiation at dawn, extraction.

This moves the Recce Patrol to the first night of class, not the second night where it used to be, and thus students will be encouraged to bivouac at site for the rest of that night, which makes the whole class spent in the field, either in a simple bivouac, or tactically.

The new class schedule will roughly follow this plan:

I believe this will give the students more time actually patrolling, and give them a better feel of a scenario based overnight ambush patrol.

There will no longer be room for the super-secret morning live fire blowout from the patrol base (secret now blown!), but we will make up for that in other areas, and also this frees us up for  patrol base / LUP location, because we are no longer tied to that one patrol base set up on the ranges, with the target pits correctly dug in etc – which was the driving force behind the original thought to rearrange the class for remote classes.

As we discussed in the AAR, Combat Patrol is really the application of SUT, by focusing on these patrol actions. By all means, Combat Team Tactics (CTT) (which is a prerequisite) is pure gold in terms of basics and getting yourself squared away, and can be repeated many times. But you really then need to consider getting Combat Patrol done, because it gives you the bigger picture. Having said that, due to private bookings, the next open enrollment Combat Patrol is not until July 2016. Book it now, before it fills up!

In the meantime, I do have some space on both the Combat Team Tactics December 11-13, and the Citizen Close Combat (C3 – i.e CQB) 12-13 December. CTT is a prerequisite for the C3 class.