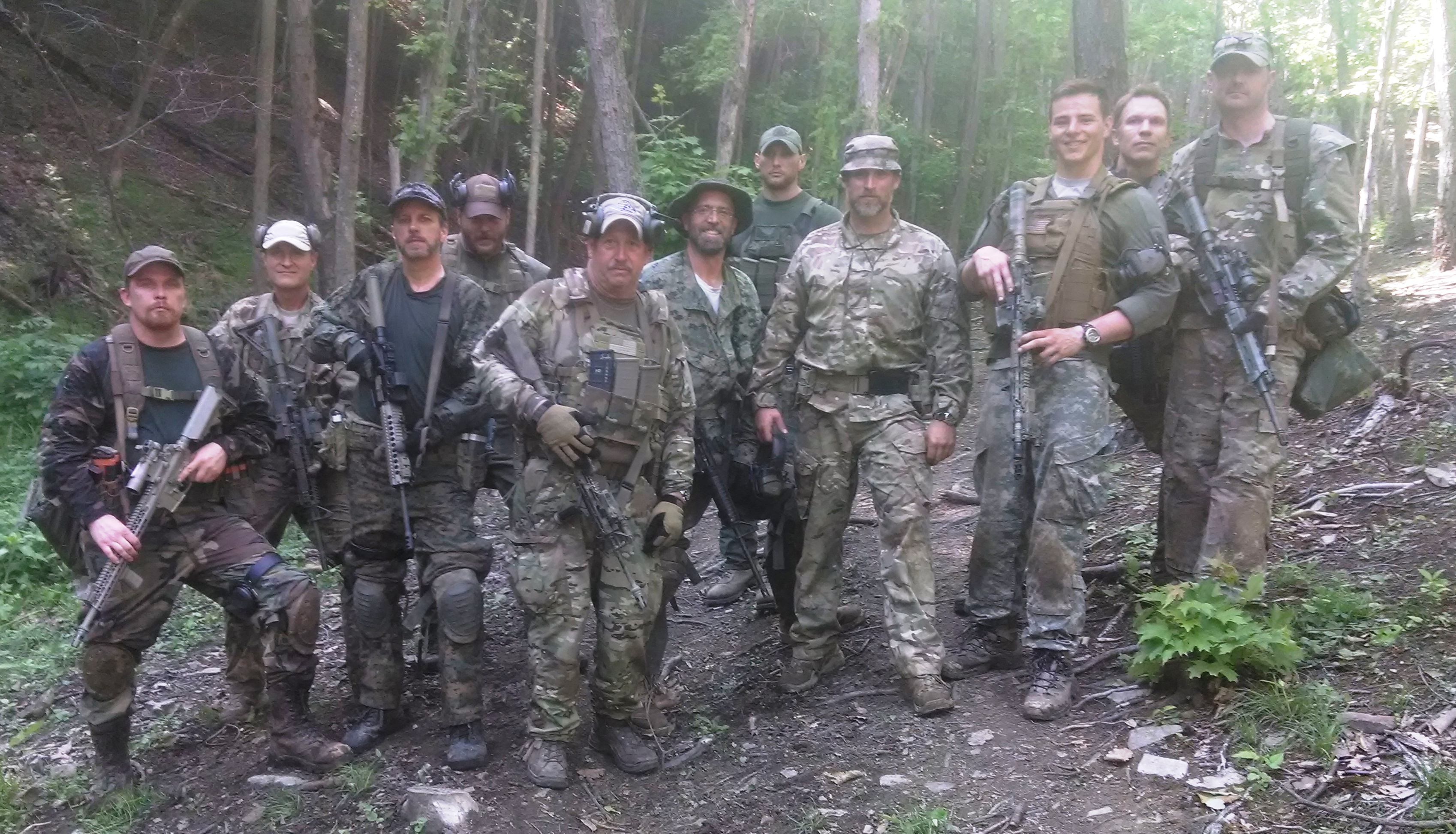 I’m just back home after running a very rewarding Combat Team Tactics class this past weekend. I hope to get some student reviews. Lee was there again as part of the cadre and is adding a great deal of value, despite that fact that he is a former Marine (another one….they are just coming out of the woodwork).

This past weekend we had a cancellation on the Thursday, a student depart after the Friday due to a family emergency, and then two students pull muscles but fight through with a great amount of heart to complete the class. There were a lot of ‘Eyes Wide Open’ moments as the magic of SUT was imparted and began to be understood. In fact, it was a topic of conversation, and often one that occurs with MVT Alumni, as to why students are not beating down the MVT door, given the quality of the training, the facility, the student reviews, and in general why more people are not actually doing effective training. Oh, now I remember – it’s because I’m an asshole! (although apparently Lee is now more of an asshole than I am, and I’m going to get him a gorilla suit, as the ‘muscle memory’ gorilla!)

Most people are simply not doing it. They are worrying about collapse, whining on the internet, exuding over confidence when they really ‘don’t know what they don’t know’ and simply not doing PT, and not doing real effective tactical training. If you haven’t been shown the light, you won’t know what you are missing out on, and what it is like to have your eyes opened to this training.

On that note, I have spaces on classes through the summer. I am offering a summer discount on tactical classes June, July, August. That makes the CTT classes $500 and the one 6 day class $1000.

I have specifically 4 spaces on the June 5-7 CTT. I have spaces on CTT classes June  through August and the 6 Day combined class June 26 – July 1.

I do also have spaces on the Land Navigation classes June 8-9 and 20-21 – but those classes are priced at $250 and there is no number limit, because it is land navigation. Those are theory and practical land navigation classes that will involve traversing the terrain on orienteering courses. Excellent prep for both the Combat Patrol Class and MVT Rifleman Challenge.

All CTT and CP Classes June thru August are being offered with a $100 discount.

Standard course fees for a 3 day tactical live firing class are $200 per day, $600 total. With the discount, this will make the 3 day classes $500 for June, July, August only. There is currently space on classes for these 3 months.

Every year I get people worried about the heat. The great secret of the WV training site is that you train out of direct sunlight under the tree canopy. It can be baking out in the open, but in the live firing valleys and at the schoolhouse it really is not that bad at all.

Don’t forget, we also offer tailored Tactical Fitness Training Plans to get you physically up to speed for the training classes.