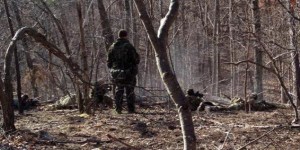 At the recent combat patrol class, we had an interesting discussion stood around the burn barrel. A lot of it it was to do with how to grow MVT, and how to get more projects done. It was all good stuff, but my problem is that there is only one of me and only so many hours in the day!

The fact that I just bust my hand (don’t ask!) brings new urgency to this. Max Velocity Tactical is a small endeavor, focusing on writing books, blogging, and of course the tactical training facility. The bottom line is that I don’t do enough tactical training to bring in paid AI’s.

(How am I writing with a broken hand? Dragon dictation software!)

However, in the spirit of growing the school, and of training the trainer, I need to focus a little more on volunteer AI’s. What I have been doing is having students, those with a mix of combat experience and previous CRCDs under their belt, help out on classes. This has taken the form, for example, of Skittles acting the role of squad leader on the Combat Patrol class. Both Skittles and others have also volunteered to help out with safety and the general running of the classes. Some of the exercises we do, could not be done without additional safety supervision. For example, JC Dodge of Mason-Dixon Tactical helped out on the Combat Patrol class and was essential as the safety supervisor on the final raid. On that exercise, the fire support and assault groups are not co-located and therefore it is physically impossible for me to run that iteration on my own.

My point today is to highlight the need for AI’s. My preference is to grow them through my classes, initially as paying students, then moving to a barter system as they become increasingly useful and volunteer their services as AI’s. Who knows, if/when MVT is turning out hundreds of students, I may even be able to pay them!

There are some out there who are already on the AI path. You know who you are, and you have already been helping out. For others, if this is something that you are interested in, we can look into it. I want my AI’s to fully understand what it is that I’m teaching. I also prefer that you have a depth of training/combat experience that gives context. That kind of background, followed by exposure to my training instruction, will produce an AI who is able to teach what I want them to teach.

In terms of the kind of person I want as an AI, the information below is exactly right. I don’t want people with overwhelming unassailable egos. I want quiet professionals. I want people who are able to teach the what and how of what I teach. In terms of background, I’m not looking for supersecret soldiers. A grounding in good solid light infantry work is preferred.

I’m copying in below a heavily edited and redacted email that I received as a follow-up to the AI discussion. Wise words. In effect, something like this will become my AI guideline document: 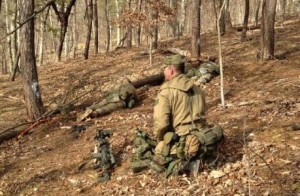 Whoever is the owner or head instructor,  it always, always boils down to the character, professionalism, and competency of the actual instructors and the assistant instructors who teach the classes day to day, and it can only take one person who acts in an unprofessional, disrespectful, or rude manner to ruin a school – and not just as to the particular student who is mistreated, but for many others, since word spreads.

What is most typical is the volunteer AI, guest instructor, or lower level junior cadre who lets his ego and “instructor” status go to his head, and prompts him to treat the students as if they are lesser than, or beneath him.  I have seen it many, many times.  It is a very real problem in the martial arts world, which is a breeding ground for the groupie “disciple” kind of thing where higher ranking students of “the master” get off on letting the mere seminar students or newer students in the school know that they are in the inner circle and letting you know that they know more than you.   It is particularly amusing to see “senior” students act that way toward seminar participants who I personally know to be very competent, dangerous men who would make short work of the disciple student in the street, but who are themselves too professional and polite to set the junior instructor straight, and just ignore him.

And I’ve seen it in the gun world too.  AIs and junior cadre who treat the students with far, far less professionalism and respect than the head instructor does.  And that is the ironic thing about it.  It is the reputation of the head instructor/school owner that brings people in, and usually that head instructor treats the students in a very professional manner (even if some of them are arrogant and aloof, they know enough to not act like rude jackasses to the people who are paying the dues), but it is the unpaid, volunteer AI, or the low paid junior cadre who thinks it is OK to treat students in a rude or condescending manner.

And I think it is something you need to guard against very, very carefully.

Your AI’s should be on clear notice that they are expected to treat all students with AT LEAST the level of courtesy and professional respect that you use when dealing with the students, and in fact, even more so, because they are not you.  A student can accept and respect a correction from you – even a heated one – because it is coming from you, as someone they greatly respect, trust, and have confidence in.  But you cannot expect a student to take any crap from a junior instructor, and in particular where it is over something small, or is not involving safety.  Safety comes first, and that is where an AI has a right to be harsh in the moment if needed.  No doubt.   But outside of a very serious safety infraction, an AI needs to treat the students with the highest respect.  That respect is due to all students, regardless of experience.

A good rule is that they watch you, and treat the students at least as professionally as you do, and then they should double or triple the degree of respect and professionalism they show the students, just to avoid any mistaken impressions that the AI thinks he is “all that” precisely because they are not you.

The very best team, squad, and platoon leaders I saw in the Army, were men who treated their guys with respect at all times, but lead strong by example, by their incredible competence, toughness, and their clear and obvious love and concern of their men.  We would have followed them into hell because we loved them back, and we loved and respected them deeply because they were so competent, cool and calm under pressure, and because they treated us so well.  Make no mistake, they would still push us hard, and bust our balls in PT (including boxing, where they put on the gloves too, and usually kicked our asses), on ruck marches, and on our practice patrol missions – always leading by example – but what got us to perform was our dreadful fear of not keeping up with them, and a fear of them being disappointed in us.   They expected us to perform, and we knew it, and we stepped up and performed.  There was no need for them to show us “who was boss” because it was understood, and what was expected of us was understood.   And that is what makes real leaders.  Quiet professionals..

And every other great NCO I saw in the Army had those same qualities, both during training and in unit.  The bad ones always liked to make snide comments to belittle their men, or to show them the power they had over them in a petty tyranny, and without fail, they were hated and not trusted or respected.   Frankly, we saw them as insecure, since why else would they feel the need to show us who was boss?  And that made us respect them less.  I was blessed to not have an asshole like that in direct command over me, but I saw it in other recon teams in another platoon in my unit – poor bastards.

Respect is earned, and that goes for leaders and instructors too.  And the easiest way to kill it is to treat students with disrespect.

Bottom line is that all AIs should treat the students with at least the respect you do, and really, far above and beyond what you do, because they are not you.  Your students tend to come in the door already greatly respecting and trusting you, because you have earned it in your writings.  They feel they know you.  You have earned their respect already, through your books and your blog, and your demonstrated knowledge and commitment to the cause.  Which is why they have paid for the class, taken time out to attend, and even traveled long distances And then you further earn that respect by your actions in the class itself – you don’t take it for granted.

In contrast, the students don’t know the AI, junior cadre, or guest instructor from Adam, and those junior cadre will have to earn the student’s trust and respect the hard way, in person, in the class – and no student will ever think as highly of your junior cadre, or give them the benefit of the doubt anywhere near the level they will with you.

And it is ironic, but a fact, that it is most likely to be the AI or junior cadre, or the guest instructor, who let’ his ego get the better of him, and that makes him do or say things you would never say or do, but with the student being all the less likely to let it pass.  It can kill that student’s impression  of your school.

I think it is critical that your prospective AIs start out by just observing, watching you teach, and watching how you interact, without trying to teach – just watch – and then also get some very clear, formal instruction from you on how to teach, and what you expect in the way of professional decorum and my advice is to instruct them to err strongly on the side of being very, very professional and courteous, while also being friendly and making a conscious effort to not come across as aloof, and not just because they are dealing with some civilians who have never served (many of your students are in fact veterans), but also because they are dealing with people who just don’t know them.  And they should NOT presume that the students are all noobs who have never done any of this stuff before.

It can be a balancing act, and a tough one, but by erring on the side of being very professional, polite, and friendly, they will do OK.