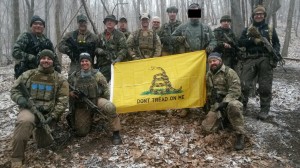 I had been wanting to attend training for some time but was caught up in trying to save money for better gear, and improve my PT. The money was building up slowly, three kids, a farm, and normal life, and PT was behind due to being lazy. I finally decided to just bite the bullet and sign up for a class. This was one of the better decision I have made lately.

I arrived in West Virginia with PT that I would generously call less than average. My kit was a straight off the shelf Rock River Patrol Carbine AR with iron sights only, and a very inexpensive battle belt. I ran a basic ALICE suspender with GI pistol belt. The pouches were a three mag frag pouch, two MOLLE two mag pouches, an IFAK, canteen, and an admin pouch using an additional IFAK. I only mention this to show how basic, and inexpensive my gear was.

I was able to function in the training environment with no problem and never came close to running out of magazines. I was able to engage all targets with no problems using only iron sights. I did suffer from my PT shortage but not enough to diminish my learning.

The takeaway I have from gear and PT is that it would have been great if I was in better shape, had optics, and a better battle belt set-up. However, running with the basics only did not detract from the most important aspect of the class, learning what Max had to teach! My gear only brought done my personal performance not the skills and tactics I was able to absorb.

I’ve attended various training courses for over eighteen years now and I would put Max at the top of instructors I have had. His professionalism, dedication, and enthusiasm are apparent from the second you meet him. He is able to instruct, correct, and improve your performance in a simple non ego-inflated style. Through tunnel vision, and lapsing into previous training because of stress, I earned two well deserved “bollockings” from Max. They were delivered in a professional manner and very directly addressed the problem actions and gave immediate steps to correct. I would describe Max as a quiet professional.

The biggest point I want to make with this AAR is to not be like me. Don’t delay attending while waiting to get that cool optic, fancy chest rig, or to improve your PT. I will readily admit the importance of all of those items, but they will not help you LEARN more. The instruction is waiting for you to come get it, better gear can be acquired later.

“That’s your bollocking for the day. You’re better than that.” Max Velocity
Discuss on the forum HERE